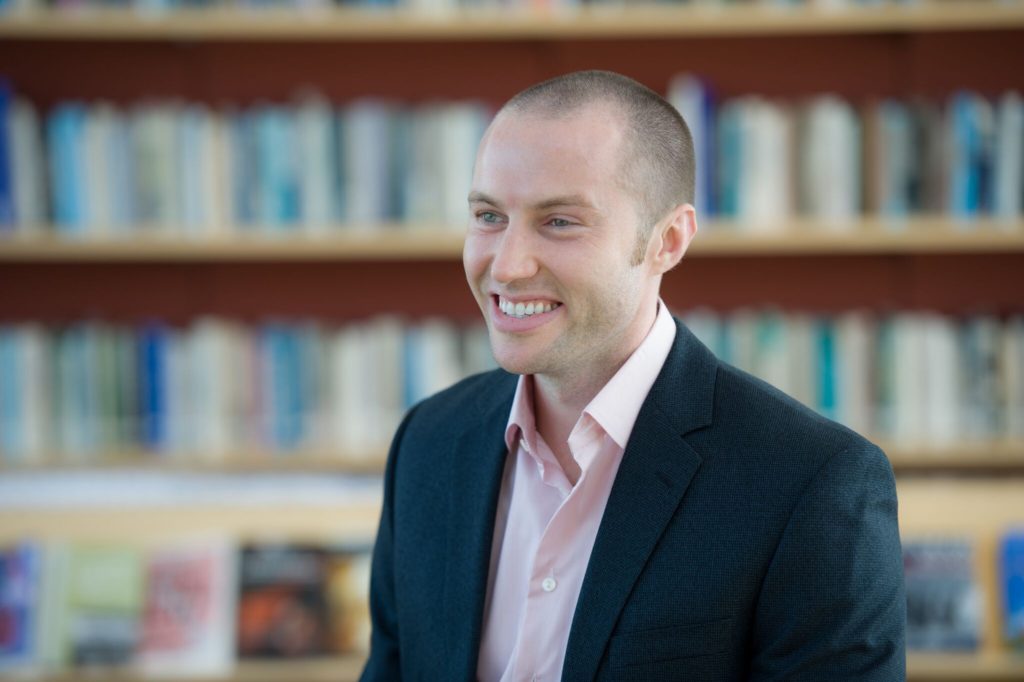 What exacerbated the Ebola crisis in Liberia?

Rob Blair, Assistant Professor of Political Science and International and Public Affairs at Brown University, examines what trust in the government had to do with the spread of this deadly disease.

Robert Blair is an Assistant Professor of Political Science and International and Public Affairs at Brown University. His research focuses on international intervention and the consolidation of state authority after civil war, with an emphasis on rule of law and security institutions. He has conducted fieldwork on these and related topics in Colombia, Liberia and Côte d’Ivoire. He has also worked in various capacities for the the UN Office of Rule of Law and Security Institutions, the US Central Intelligence Agency’s Political Instability Task Force, Freedom House and the Small Arms Survey. He holds a B.A. from Brown and a Ph.D in political science from Yale University. His research has been published in the American Political Science Review, the Journal of Peace Research, Social Science & Medicine, BMJ Global Health and other venues.

Trust in Government and Health

Beyond the lives lost and livelihoods destroyed, the recent Ebola epidemic in West Africa laid bare the deadly role that distrust of government can play in allowing an easily preventable virus to spiral out of control.

In collaboration with the Governance Lab at MIT, my co-authors and I conducted a representative survey of Monrovia, Liberia between December 2014 and January 2015. The survey was designed first and foremost to help identify neighborhoods that were hardest hit by the epidemic — places that were in urgent need of assistance. But it also provided a wealth of data to help us better understand the factors that exacerbated the crisis.

We found that Liberians who expressed low trust in government were much less likely to take precautions that might have slowed the spread of the virus, like washing their hands with chlorinated water. They were also much less likely to obey the nighttime curfew or the ban on public gatherings, and much less likely to support other contentious policies designed to contain the epidemic.

Contrary to some findings from research on “vaccine hesitancy” in the US, we found that Liberians who distrusted government were no less likely to understand Ebola’s symptoms and transmission pathways. In other words, they declined to take precautions against Ebola not because they were ignorant, but rather because they didn’t trust the capacity or integrity of government institutions to implement policies and issue guidelines that would effectively slow Ebola’s spread.

Overall, our results confirm that epidemics are often driven as much by social, cultural and political factors as by epidemiological ones, especially in settings where institutions are weak and distrust of government is high. Researchers and public health practitioners should account for these dynamics when designing interventions to prevent crises like Ebola in the future.