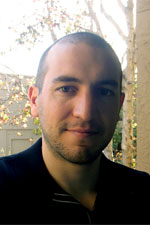 What good is extending your lifespan if your health doesn’t go along with it?

Ali Torkamani, Assistant Professor of Molecular and Experimental Medicine at the Scripps Research Institute, studies the “wellderly” and what we can learn about healthy aging from this group.

Ali Torkamani, Ph.D., who is Assistant Professor of Molecular and Experimental Medicine at The Scripps Research Institute (TSRI) as well as Assistant Professor and Director of Drug Discovery at the Scripps Translational Science Institute (STSI), is a leader in the scientific field of quantitative genetics and genomics. By analyzing genetic and genomic data of many types in a systems biology framework, he hopes to advance scientific understanding about the genetic mechanisms of human diseases.

Believing that complex human disease mechanisms can be fully understood only in the context of the whole biological system, Dr. Torkamani conducts studies that integrate mutation, gene expression and epigenetic data. Applying computational techniques to detect mutations that contribute to cancer initiation and pathogenesis is among his research interests.

In addition to quantitative analysis of genetic data, Dr. Torkamani produces computational tools for generation, analysis and interpretation of genomic data. These tools include specialized target capture, gene expression and sequence analysis methodologies. As a reflection of his productivity, he has authored numerous publications reflecting a variety of computational techniques.

Dr. Torkamani was awarded the B.S. degree in chemistry at Stanford University and the Ph.D. in biomedical sciences at UC San Diego. Prior to his promotion to the Assistant Professor, he was a research scientist and Dickinson Fellow at STSI in 2008 and 2009.

Modern medicine makes it possible to extend a person’s lifespan for years. But simply extending lifespan is not enough, we want to extend healthspan.

To better understand healthspan, we want to understand the genetics of healthy aging. With this goal in mind, we enrolled more than 1,400 healthy elderly individuals in an ongoing study. These men and women have lived past the age of 80 with no major medical conditions or diseases. We call them the “Wellderly”—for “well” and “elderly.”

When you meet the Wellderly, you can tell there’s something special about them. They’re in their 80s, 90s and 100s and many are still teaching classes, volunteering and even playing sports—one man in the study is 90 years old and is a star on his senior softball team.

We’re looking for the genetic variants that set these people apart.

In a recent study, we sequenced the whole genomes of about 600 Wellderly participants and compared their DNA with DNA of the average person. These average people were a group of individuals gathered by Inova Translational Medicine Institute as part of a separate study.

Unfortunately, we did not discover the fountain of youth. Instead, we found many weaker signals among common as well as rare genetic variants, which collectively suggest that protection against cognitive decline contributes to healthy aging.

Perhaps, these gene variants offer a pathway for the development of new treatments for Alzheimer’s disease.

These are just our initial findings. We still have much to learn from the Wellderly!