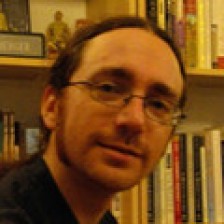 How many phantom texts have you gotten today?

Robert Rosenberger, assistant professor of philosophy at Georgia Tech University, examines why we think our phone is vibrating in our pocket, even though it’s just in our head.

Robert Rosenberger is an assistant professor in the School of Public Policy at the Georgia Institute of Technology. Working in the philosophy of technology and philosophy of science, his approach involves refining philosophical ideas through their application to scientific research, technology design, and policy.

In the philosophy of technology, Rosenberger works from the phenomenological perspective to describe in detail how human experience is structured through the use of technology. These investigations include the analysis of experiences such as talking on the phone, watching television, driving, and using the computer. In an ongoing series of papers, Rosenberger investigates the experience of the use of imaging technologies in scientific practice, with case studies in neurobiology and space science.

In the philosophy of science, Rosenberger studies the nature of scientific debate. His work focuses on the ways scientific debates become institutionalized, how they shift and develop over time, and what epistemological issues follow. In addition, with his colleagues in the Group for Logic and Formal Semantics, Rosenberger explores the philosophy of computer simulation. Their work includes the creation of a graphic measure for robustness in game theory, and computer simulations of social psychological theories of prejudice reduction.

Robert Rosenberger is the Editor-in-Chief and co-founder of the book series “Postphenomenology & the Philosophy of Technology” with Lexington Books/Rowman Littlefield Press.  With Peter-Paul Verbeek he has co-edited the book Postphenomenological Investigations: Essays in Human-Technology Relations.  He has also edited the interview book Philosophy of Science: 5 Questions.  He serves as Book Review Editor for the journal Techne: Research in Philosophy and Technology.  And with Stacey Irwin, he is co-curator of the site postphenomenology.org

Have you ever had this experience?  You feel your smartphone vibrate in your pocket, and you pull it out expecting to see an incoming text or call only to find that it was never actually vibrating.  Scientists call this phenomenon: “phantom vibration syndrome.”

Recent survey data reveal that an intriguingly large percentage of people are experiencing this new form of tactile hallucination.  In a study of undergrads, Michelle Drouin and her colleagues find almost 90% to experience phantom vibrations.  In a study medical staff, Michael Rothberg and his colleagues report that almost 70% have had this experience.  And yet only a very small portion—less than 2%—claim to find it “very bothersome.”

As a philosopher, I enter this discussion on the theory side.  What’s causing this experience, and what does it mean?  Some of the empirical researchers talk about these data in terms of brain wiring, and claim that phone usage is creating “cognitive pathways” that lead us to misinterpret other stimuli as phone vibrations.  Research psychologist Larry Rosen instead speculates that phantom vibrations are a side effect of a general rise in anxiety caused by our technologies.

But I have a totally different theory.  My suggestion is that phantom vibrations are the result of learned bodily habituation.  As we use the phone each day, we develop phone-related perceptual habits, and it becomes almost an extension of our bodies.  We get trained to be ready at any moment to feel an incoming call.  Phantom vibrations occur when we misperceive some other sensation—the phone shifting in our pocket, say—as an incoming call, all through the force of habit.