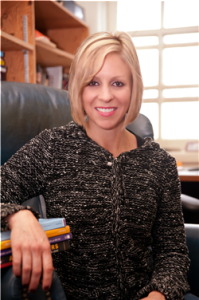 Mothers and daughters may back different political candidates this year.

Krista Jenkins, professor of political science at Fairleigh Dickinson University, determines whether coming of age in the women’s movement may lead mothers to back Hillary, while their daughters go for Bernie.

Krista Jenkins (PhD, Rutgers University) is Director of PublicMind and associate professor of political science. She specializes in youth politics and the politics of gender and is the co-author of several books, including A New Engagement? Political Participation, Civic Life, and the Changing American Citizen, Oxford University Press 2006

Political Differences between Mothers and Daughters

Many young women in America are enthusiastically supporting Bernie Sanders’ run for the White House, while women of their mothers’ generation are often committed just as strongly to Hillary Clinton as their candidate of choice.

My research has taken a closer look at this phenomenon, specifically as it relates to women college students and their mothers. The purpose of this research was to look at why mothers and daughters may view political issues differently and to help fill important gaps in our understanding of the persistence of gender inequality and women’s attitudes toward feminism and the women’s movement.

Using a unique data set comparing mothers and daughters who attended Douglass College—the women’s college of Rutgers University—twenty-five years apart, we explored the changes in how women acquire their attitudes toward gender roles, behaviors and attitudes toward key political issues in the post-women’s movement years.

Among the questions we considered: How do daughters coming of age in an era when the women’s movement is far less visible deal with gendered expectations compared to their mothers? Do they accept the contemporary status quo their feminist mothers fought so hard to achieve? Or, do they press forward with new goals? One thing that was obvious is that the older women we interviewed carried with them a certain sense of struggle that their daughters often did not share quite as deeply.

Unlike their mothers, many young women today have seen high-profile women in key power roles all of their lives. They have grown up with two different female secretaries of state, a female speaker of the house, as well as women supreme court justices. Symbolically, we learned, gender is not such a large part of young women’s vocabulary, nor such a crucial part of their identity.

While the societal awakening of the women’s movement made history in America, we learned this may not have such a lasting effect on political views, if it’s not readily available in your memory.