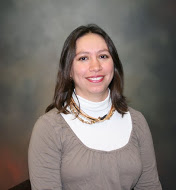 The antioxidants in green tea have great health benefits.

Montserrat Rabago-Smith, associate professor of organic chemistry at Kettering University, describes her research into the other possibilities of antioxidants.

Dr. Montserrat Rabago-Smith is an Associate Professor of Organic Chemistry at Kettering University in Flint, Michigan. She is currently collaborating with Dr. Lihua Wang and Dr. Veronica Moorman in an attempt to specify the potential preventative relationship between catechins in green tea and cardiovascular disease.

Our research team and I are now attempting to further extrapolate findings from cancer research to determine whether these same catechins can also combat cardiovascular disease.

We believe that the interactions between catechins and Cytochrome c is one of the ways to protect individuals from cardiovascular disease.

Cytochrome c is a protein involved in the generation of usable energy for cells (ATP). However, if a cell becomes unhealthy and targets itself for self-destruction, Cytochrome c is released and triggers cell death.

So if an individual is having a heart attack, an abundance of Cytochomre c is released.

We have data that shows that catechins and Cytochrome c are interacting. Our research is about understanding this interaction.

Specifically, we believe that the phenyl groups on the catechins are necessary for binding with Cytochrome c. The result of binding is the neutralization of Cytochrome c and therefore eliminating the cell’s trigger to self-destruct.

Eventually, we would like to develop Drugs for cardiovascular disease that utilize the knowledge from these upcoming studies. Until then, we still have the healing power of green tea.