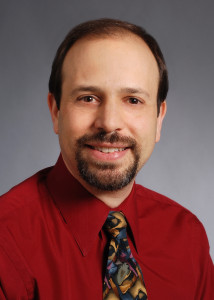 Asthma is an exceptionally common issue.

Mitch Grayson, Associate Professor of Pediatrics, Medicine, Microbiology and Molecular Genetics at the Medical College of Wisconsin, is working to treat this familiar affliction.

Dr. Grayson graduated with a B.A. from Knox College in Galesburg, IL before attending the University of Chicago, Pritzker School of Medicine, from which he received his medical degree in 1993.  After completing an internal medicine residency at the Hospital of the University of Pennsylvania, he undertook his allergy/immunology fellowship at Johns Hopkins University.  Upon completion of his fellowship in 1998 he joined the faculty of Washington Univ. School of Medicine.  Dr. Grayson was a faculty member in the division of Allergy and Immunology at Washington University until 2008, when he left St. Louis to take a position as an Associate Professor at the Medical College of Wisconsin (Milwaukee, WI).  Dr. Grayson is currently an Associate Professor of Pediatrics, Medicine, Microbiology and Molecular Genetics at the Medical College of Wisconsin.

Dr. Grayson has been the recipient of several National Institutes of Health research grants, and oversees an active laboratory studying the role that viral infections play in the development of allergic disease.  He has published over 50 peer-reviewed articles, and has trained over 14 post-doctoral or clinical research fellows.  He is a board certified diplomate of the American Board of Allergy and Immunology, and is an active fellow of the American Academy of Allergy, Asthma, and Immunology, as well as the American College of Allergy, Asthma, and Immunology.  Dr. Grayson serves as the Director for Fight Asthma Milwaukee (FAM) Allies, the Milwaukee asthma consortium, and is the co-leader of the Infection, Inflammation, and Immunity Research Unit of the Children’s Research Institute of the Children’s Hospital of Wisconsin.  He is Deputy Editor of the Annals of Allergy, Asthma, and Immunology, and has served on numerous study sections for the National Institutes of Health.  In addition to being on the Board of Directors of the American Academy of Allergy, Asthma, and Immunology, he is also on the Board of Directors of the Asthma and Allergy Foundation of America.  Dr. Grayson is an elected member of the Collegium Internationale Allergologicum, the allergy research honorary society, as well as the American Society for Clinical Investigation (physician-scientist honorary society).  Dr. Grayson has been named a “Best Doctor in America” every year since 2009.   His research is focused on the role of viral infections in the development of allergic disease, including asthma.  His clinical interests are primarily asthma, allergic rhinitis, food allergy, and anaphylaxis.

Asthma is a chronic illness where affected individuals have difficulty breathing due to activation of the immune system, production of mucus in their airways, and constriction of the breathing tubes, or bronchioles.

According to the Centers for Disease Control and Prevention in 2013 over 22.5 million Americans suffered from asthma, with over 3500 deaths annually from the disease.

A severe respiratory viral infection early in life is a risk factor for developing asthma. 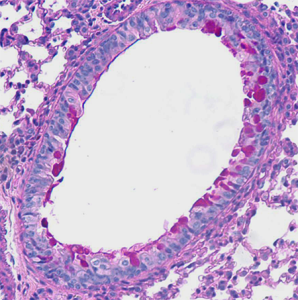 Using a mouse model we found that the immune response against a respiratory virus involved producing a protein, IgE, directed against the virus.  This is the same protein that causes allergic disease when it is directed against things like pollen.  When this IgE against the virus was bound by the virus it lead to the release of another protein, CCL28, which drove development of an asthma-like disease.  This disease lasted for at least a year and probably the life of the animal.

These studies suggest that the immune response against a virus uses similar machinery as in an allergic reaction.  Our work, therefore, defines a mechanism through which a respiratory virus may lead to development of asthma, and has provided us with several potential targets for preventing or treating viral induced asthma.