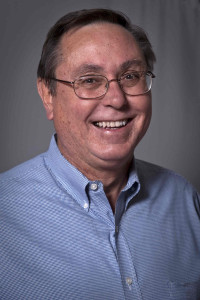 You might not realize the exceptionally vital role standardization plays in our daily lives.

Michael Spring, a professor at the University of Pittsburgh, discusses the importance of standardization.

Michael Spring is an Associate Professor in the School of Information Sciences at the University of Pittsburgh. His research involves the application of technology to the workplace with particular attention distributed systems, collaborative systems, and intelligent agents. He has authored more than 100 articles and book chapters in the areas of distributed systems, collaborative authoring, information technology standardization, and virtual reality.
He has led research projects in the areas of on-demand publishing, intelligent text conversion, as well as ontology mapping for semantic web applications, data mining of social web applications, and secure location based services. Recently he has developed a new program in cybersecurity, developed web sites to support caregivers for traumatically brain injured individuals, people with schizophrenia, and individuals with liver, brain, and ovarian cancer.
This academic minute is based on research over the last two years on the history and current state of information technology standards. More information including videos and documents about standards and the standardization process can be found at http://its.sis.pitt.edu/NIST/

Most people begin to fall asleep at the mention of standards.  In reality standards are far from boring.  They protect you from danger, create new markets, and encourage innovation.  Let me explain with a couple stories.

On February 7, 1904, a great fire broke out in Baltimore.  Fire companies from Washington, Philadelphia, New York and Harrisburg all arrived to assist.  Unfortunately, their equipment could not be connected to the hydrants.  One result of the loss was standardization of fire equipment leading to increased safety.  In a similar vein, as ships and factories were increasingly powered by steam and there were more boiler explosions.  In 1865, the steamship Sultana exploded killing more than 1800 – the greatest maritime disaster in US history.  The American Society for Mechanical Engineers (ASME) developed standards to test boilers and reduce explosions.

The train had a huge impact on business and industry, but it required new standards.  Consider that in the 19th century, each community set its own time.  When it was noon in New York City, it might be 12:20 in Hartford and 12:50 in Boston.  But as trains developed new markets, arriving and leaving cities regularly, there was a need for standard time.  In 1883, the railroads adopted a five time zone system very much like what we have today and Congress adopted that standard in 1918.  Think how much standard time impacts everything we do, from listening to radio and television, to when we eat and work and sleep.

Standards are all around us and make modern life possible.  Furniture fits through doors because they are a standard size.  Lamp and appliances use standard plugs and outlets, standard interstate bridge heights and road grades dictate truck sizes.  Without standards, skyscrapers, highways, phone networks, and the internet would not be possible. A laptop complies with about 250 standards!

While it might be hard to believe, standards also encourage innovation.  Because standards create large markets, innovation is made possible by a standardized infrastructure.   Today, the internet of things is emerging based on standards.  We will find ourselves in a world of communicating devices which will make our life better, easier, and more comfortable.