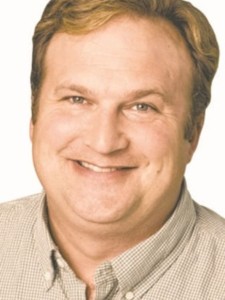 Today, we celebrate the 800th birthday of the signing of the Magna Carta.

Pallitto researches and writes on civil liberties, executive power, constitutional law, critical theory and contemporary political thought. His latest book, In the Shadow of the Great Charter (a study of the Magna Carta’s influence on American constitutional law) was published by the University Press of Kansas in March 2015. His previous publications include 2 books: Presidential Secrecy and the Law (Johns Hopkins University Press 2007 — co-authored with William Weaver), and Torture and State Violence in the US (Johns Hopkins University Press 2011). He has also authored and co-authored numerous articles for the scholarly and popular presses.

Pallitto has also co-authored amicus briefs in several government secrecy cases and comments frequently in the media on law and individual rights cases.

800th Anniversary of the Magna Carta

On June 15th, the Magna Carta turns 800  and many people are reflecting on how the document relates to our lives today.

As it turns out, the Magna Carta, or “Great Charter” of 1215 A.D. continues to influence the development of law on this side of the Atlantic as well as in England. In a landmark case just seven years ago, Justice Anthony Kennedy cited the Magna Carta when he ruled that Guantanamo Bay detainees were entitled to petition the federal courts for release from confinement. “Magna Carta decreed that no man would be imprisoned contrary to the law of the land,” Kennedy wrote in Boumediene v. Bush as he explained why the detainees must be allowed to make habeas corpus petitions asking for freedom. Then Kennedy went on to explain that over time, habeas corpus had become “the means by which the promise of Magna Carta was fulfilled.”

The Magna Carta lives on in our constitutional law. The “promise” that Justice Kennedy invoked in his Boumediene opinion was the fundamental idea that the government must act lawfully, that the government is subject to the law, just as citizens are. Over the centuries in England and the U.S., this idea has been tested and reaffirmed. Our constitution says that “no person shall be deprived of life, liberty or property without due process of law” – and that is a direct reference to the Great Charter. “Due process of law” is another way of saying “law of the land.” Courts have decided what “due process” means in a variety of cases – and today, they are called upon to weigh due process against threats of global terror, as Justice Kennedy did.

Over time, the Magna Carta’s core principle has been a constant reminder of what liberty means.

800 years later, it’s still document we turn to and that is a legacy worth celebrating.