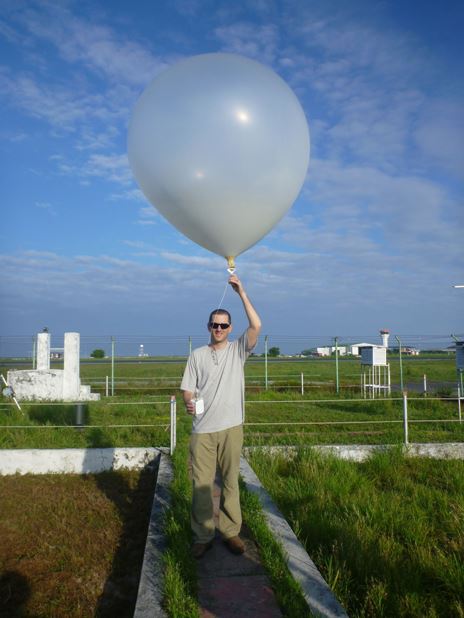 Adam Sobel is a professor in Columbia’s Fu Foundation School of Engineering and Applied Sciences, and Lamont-Doherty Earth Observatory; he is also director of the Columbia Initiative on Extreme Weather and Climate. He studies atmospheric dynamics, with a focus on extreme events and tropical meteorology. The Madden-Julian Oscillation is a particular research focus, and he participated in the DYNAMO field program to study it in the Maldives in 2011. He has recently received the Meisinger Award from the American Meteorological Society, an AXA Award from the AXA Research Fund, and the Ascent Award from the Atmospheric Sciences section of the American Geophysical Union. His book Storm Surge: Hurricane Sandy, Our Warming Climate, and Extreme Weather of the Past and Future was awarded the Atmospheric Science Librarians International Choice Award in the Popular category.

Over the remote tropical Indian and west Pacific oceans, there’s a mysterious repeating atmospheric cycle that influences weather all over the world. It’s called the Madden-Julian Oscillation, after the scientists who discovered it in the early 1970s. We atmospheric scientists just call it by its initials, the MJO. We don’t really understand how it works.

We do know that a large area of rain and winds coming from the west starts over the Indian Ocean, and then moves slowly eastward to the Pacific. It goes all the way around the equator in a month or two. The MJO sets off giant ripples in the atmosphere. It can cause floods in California, snowstorms in Canada, and hurricanes in the Caribbean; in 2012, it helped hurricane Sandy to form. Because it moves so slowly, we are starting to gain some ability to predict weather conditions that might be influenced by it, two weeks or more in advance.

My colleagues and I want to understand why the Madden-Julian Oscillation happens in the first place. We analyze observations from satellites, weather balloons and radars, and do lots of computer simulations.

We know clouds play a role. In the active phase, clouds form, and they have a local greenhouse effect. They trap heat so it can’t get out to space, and they do it better than when things are calm and skies are clear. The heat trapped by clouds supplies energy to the MJO.

But clouds make it a hard problem. A cloud is small, compared to the global scale of the MJO. Figuring out how those very different-sized things work together is a big challenge. The Madden-Julian Oscillation, aka the MJO, is the most important atmospheric phenomenon you’ve never heard of. Until now.