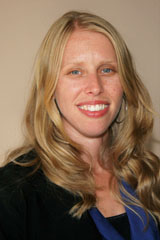 Why do we recycle? While the answer might seem obvious, new research suggests that we recycle for reasons other than environmental concern.

Jessica Nolan, a psychologist at UScranton, explores the psychology of recycling.

Jessica Nolan is an associate professor of psychology at the University of Scranton. The focus of her research is on the application of psychological tools and principles to understand and solve environmental problems. Dr. Nolan has studied the effects of normative social influence on various environmental behaviors, including energy conservation and household recycling. She is also interested in informal systems of social control, including how and when people are willing to impose social sanctions, as well as how government regulations (formal sanctioning systems) influence informal systems of social control and the general culture surrounding a given environmental behavior. Specific information about current research projects can be found on the Conservation Psychology Lab homepage.

The Psychology of Recycling

As environmental problems, such as global warming, continue to mount, more and more people are taking action.

If you ask someone why they recycle or why they conserve energy they are likely to cite reasons such as a concern for future generations or an altruistic desire to help the environment.   Some might admit to a selfish motivation such as a desire to save money.

What you probably won’t hear is “I recycle because everyone is doing it!” Yet, research shows that the behavior of others, or social norms, can be highly motivating.

Perhaps most interestingly, when we asked those same households if the information they received had motivated them we found the exact opposite pattern of results!  Those who received information about their neighbors claimed to be the least motivated, even though they had in fact conserved the most! This research shows that social norms can be a powerful driver of environmental behavior, even though individuals may not identify it as such.​