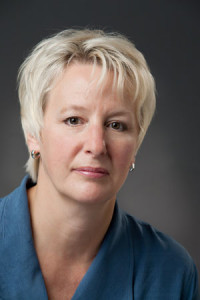 Vocology is an emerging field focusing on the voice.

Lynn Helding, a professor at Dickinson College, discusses the importance of a science of the voice.

Lynn Helding is an associate professor of music (Voice) at Dickinson College, who finds inspiration in the nexus between art and science. As a singing artist, she has performed around the world from Australia to Iceland, in genres ranging from opera to cabaret. Equally at home in the emerging field of voice science, she earned the certificate in vocology from the National Center for Voice and Speech, and was awarded the Van Lawrence Fellowship from the National Voice Foundation and the National Association of Teachers of Singing to study neurological voice disorders and rehabilitative therapies. She is an author and associate editor of the Journal of Singing, where her regular column, “Mindful Voice” illuminates current research in the cognitive, neuro- and social sciences as they relate to music teaching, learning and performance.

Vocology: A Science of the Voice

If the eyes are the window of the soul, the voice is its music. And while professional singers rely on voice as their primary “tool of trade,” an estimated 10 million US workers, in professions ranging from teaching to tourism, do so as well.

But regardless of profession, we all rely on voice to communicate. That’s what inspired both the scientific field of vocology (defined as “the study of vocalization”) and the new Pan-American Vocology Association dedicated to the science of voice “habilitation” for artistic, professional and everyday use.

The laryngoscope became an important medical tool, there we see the beginning of voice science as rooted in medicine and pathology.

Yet most voices are healthy, a fact captured by the word “habilitation,” which does not mean “to repair,” but simply means “to enable.”

Our voices communicate everything from the mundane to the profound, and when words fail, we coo with delight, wail with sorrow or scream with fright.

Between word and utterance lies singing, thought to be an evolutionary adaptation that helped insure human survival, but certainly an ability capable of artistry that incites deep emotion.

From the Met to story-time with your kids, the voice is invaluable. Research in vocology advances new treatments for repair of the damaged voice, but more importantly, vocology enables the healthy voice to flourish.