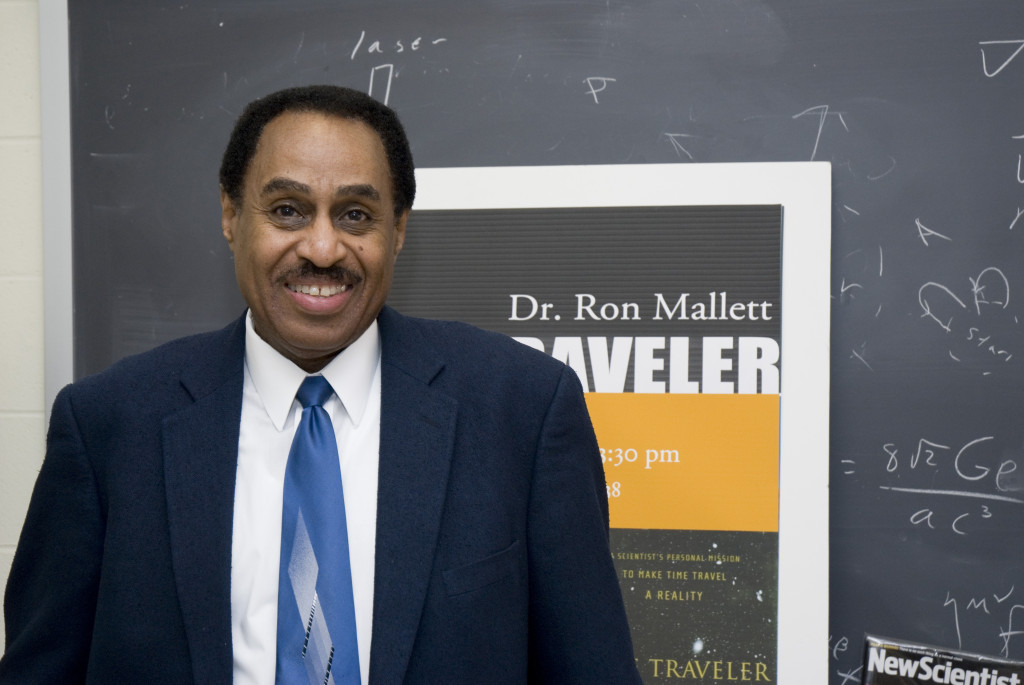 Are we getting closer to achieving time travel? According to Ron Mallett, the answer is theoretically yes.

As we near the 100th anniversary of Einstein’s Theory of General Relativity, Dr. Mallet, a research professor of physics at UCONN, offers this inspiring account of studying time travel.

Professor Ronald L. Mallett received his B.S., M.S. and Ph.D. in physics from the Pennsylvania State University. He worked for United Technologies from 1973-5, and in 1975 joined the physics faculty at the University of Connecticut in Storrs where he is currently Research Professor and Physics Professor Emeritus. Professor. Mallett has published numerous papers on black holes and cosmology in professional journals. His breakthrough research on time travel has been featured extensively in the media around the world, including print media such as New Scientist, the Village Voice, the Boston Globe, Rolling Stone magazine and The Wall Street Journal, and broadcast media such as NPR’s This American Life, the History Channel, the National Geographic Channel, the Science Channel, ABC’s Good Morning America and NBC’s Today Show.

Professor Mallett’s recently published memoir “Time Traveler: A Scientist’s Personal Mission to Make Time Travel a Reality” has been translated into Korean, Chinese, and Japanese. Award-winning filmmaker Spike Lee has written a script for a feature film of the memoir.

When I first got inspired to study time travel, I had to be very secretive. As a young physicist, you don’t broadcast widely that your research is fueled by your passion to go back in time to see your father, who in my case died of a heart attack when I was only 10 years old.

I knew from my studies of Einstein’s theories that the strong gravity of rotating black holes could affect time. And I wondered if the gravity of circulating light, such as that created by very strong lasers, could mimic the conditions in a rotating black hole and send information into the past and future.

It took me many years, but I finally proved through some complex mathematics that yes, circulating light could, in theory, create a space-time loop. I showed that a string of subatomic particles, or neutrons, could be arranged so that some point “up” while others point “down”, representing zeroes and ones. These zeroes and ones could then encode a binary message which could be sent into the past or the future.

Now, this doesn’t mean that a time machine will be realized soon. I’m the theoretical guy. The experimental physicists will have to take on the daunting – and very expensive – role of testing my theory.  This year we celebrate the 100th anniversary of Einstein’s Theory of Relativity. So although I don’t expect time travel to be a reality in my lifetime, I do consider my part in this process a fitting tribute to Einstein and a loving tribute to my father.

Read More: Epoch Times: Time Travel Is Possible: How to Send a Message to the Past