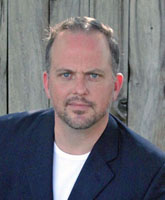 Are the referees playing by the rules?

Rhett Brymer, a professor at the Farmer School of Business at Miami University, is analyzing officiating in the NCAA and looking for instances of bias.

Dr. Rhett Brymer is the John Mee Endowed Assistant Professor of management at The Farmer School of Business at Miami University. He sits on the Journal of Management Editorial Board (2013-present) and earned his PhD from Texas A&M in 2012.

Have you ever watched a college football game and believed that the officials were biased against particular teams? Turns out you may be on to something. 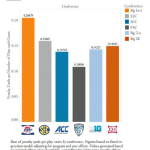 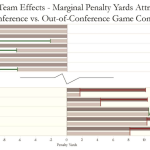 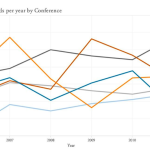 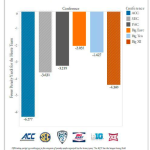 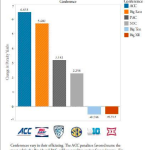 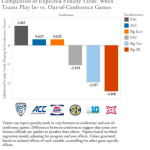 Unlike other college sports, football referees are governed by the conferences they work for. So, protecting the strongest teams would make good financial sense—to the tune of hundreds of millions of dollars per year, a fact conspiracy theorists have been quick to point out.

My colleagues and I decided to test the claims of bias in college football using data from a recent eight-year span. We looked at over 3,000 games in the six BCS automatically qualifying conferences – the biggest and most profitable in college athletics. What we found surprised us. Based on the amount of penalties yards received, our research showed that within the ACC and the now defunct Big East, referees actually favored the weaker teams in the conference.

We also found minor evidence that the Big 10 protected its teams when it played non-conference games. We found no evidence of favoritism for the strongest teams in any other conference.

Al Pacino’s character in Any Given Sunday famously said that football is nothing but a game of inches—inches that could mean the difference between winning and losing. So, why would referees from the Big East and ACC punish top teams? The Big East disintegrated as a powerhouse – and the ACC developed a reputation of poor football. Are these facts due in part to the bias against its top teams?

There has been talk in college football about a move towards national referees, like all other NCAA sports. And our study would suggest this would be wise, particularly for the ACC. Above all, the integrity of college football is at stake, and clear evidence of bias by particular conference referees is not in the teams’, the conferences’, or the fans’ best interests.