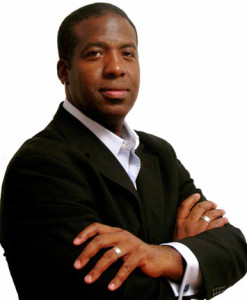 Without doubt, Michael Brown’s death and the related events occurring in and around Ferguson, Missouri have catalyzed national debate about race relations.

But, as Charlton McIlwain, associate professor of media, culture and communication at New York University, will show us: news coverage specifically about Michael Brown did not always focus completely on ethnicity.

Charlton McIlwain, PhD, is an associate professor and director of graduate studies in the Department of Media, Culture, and Communication at NYU’s Steinhardt School of Culture, Education, and Human Development. As a researcher, writer and teacher, his primary interests focus broadly on issues of race and media in social and political life. His 2011 book Race Appeal: How Candidates Invoke Race in U.S. Political Campaigns won several national awards for examining the use and influence of race-based messages in political campaigns and elections. More recently, his work has focused on the intersections of race and digital media.

For some observers, the news media arrived late to the scene to cover Michael Brown’s shooting in Ferguson, Missouri. But how did news outlets and popular blogs cover the Ferguson events once they did choose to cover the story? 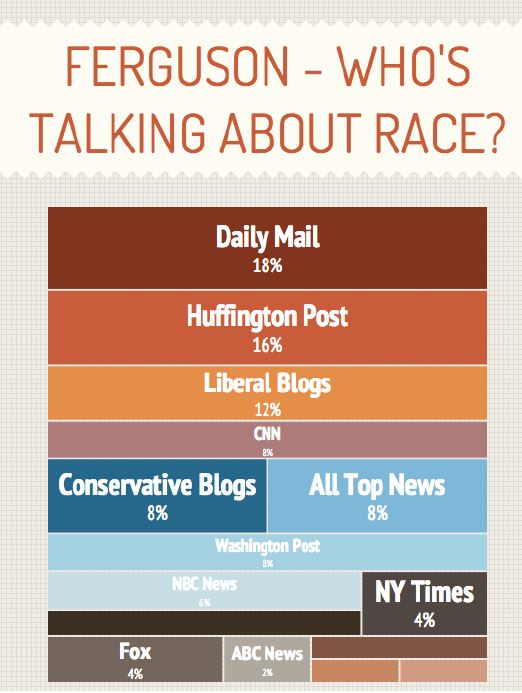 I recently asked that question, and analyzed introductory text for more than two thousand stories written from August 9, the day of the shooting, through August 22nd. Past research demonstrates the news media’s tendency to either ignore race or cover it in simplistic ways, and so I asked – what proportion of an outlet’s Ferguson coverage was framed in racial terms, using words like Black, white or African American, race, racism, and discrimination?

The answer is – relatively very little.

From top news media outlets to liberal and conservative blogs – on average, race-related terms made up only eight percent of top key words and phrases used in their introductory text. And, relative to non-racial terms – race-related language ranked low in terms of relevance.

But all categories of news outlets described Michael Brown not as an African American, or as a criminal, but as a teenager. This represents Brown somewhat sympathetically – as someone who, because of his youth – was vulnerable and did not deserve to die. 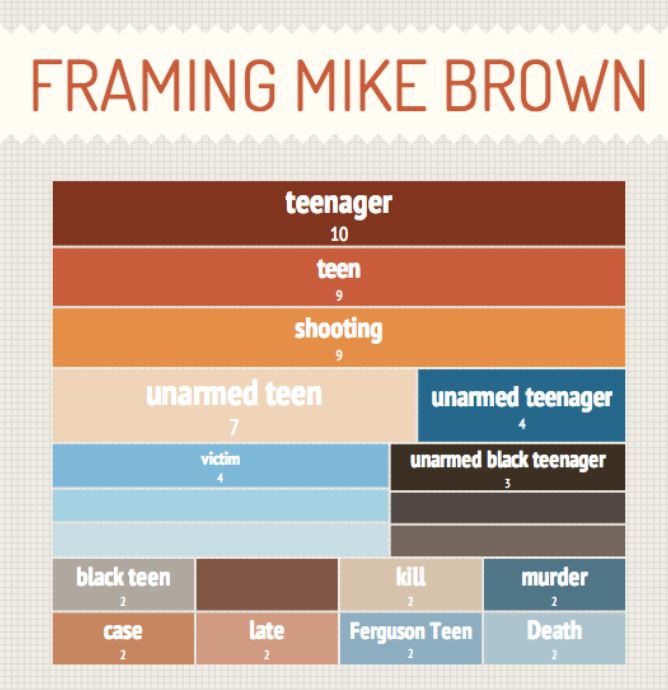