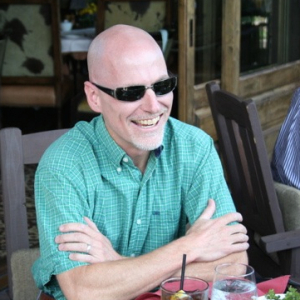 Do the people who surround you have sizable impact on your mental health?

Dr. Steven Barger is a professor of psychological sciences at Northern Arizona University. His research shows that higher-quality relationships and more frequent social contact with acquaintances are associated with better health. Psychological well-being is affected by the quality of ones’ relationships and data suggests strong social networks improve longevity. Dr. Barger uses large data samples of older adults from the Centers for Disease Control and prevention. Additionally, Barger’s research addresses the effects of income and education on well-being.

Relationships affect our wellbeing and feelings of depression.

In my research we looked at whether different types of social relationships were associated with two forms of depression. The first is severe clinical depression, characterized by having a major depressive episode in the past year and the second is less serious depression, defined as feeling depressed during the past two weeks.

To assess social relationships we asked people about the extent to which they felt lonely, whether they missed having someone to talk to about problems, whether they had someone to help with chores if needed, and how often they connect with others over the phone, in person, or in clubs or other activities.

We also asked people about the extent to which they felt lonely, missed having someone to help with tasks, and how often the connected with others.

People who often felt lonely were much more likely to have had recent severe depression and also to have the milder form of depressive symptoms. People who missed having someone to talk to about their problems showed a similar pattern, but the associations were not as strong as with loneliness.

When looking at mild depression, we found that almost all of the other social relationship characteristics were predictive. That is, having someone to help around the house, having more contact with other people and having someone to talk to about problems were all linked to fewer depressive symptoms.

These data came from a study of over 12,000 adults in Switzerland. The patterns we observed between loneliness and social isolation are very similar to reports from the United States and Australia. This consistency gives us confidence that loneliness, or one’s dissatisfaction with the frequency or quality of one’s social relationships, is very important for wellbeing.

My research also shows that people who are socially connected with friends, family, and other groups, live longer than those with fewer of these connections.

Health itself is defined as a state of physical, mental, and social well-being and my work underscores the importance of social relationships for health.