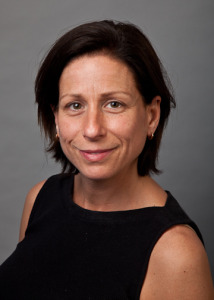 Eve Waltermaurer, an associate professor in the Department of Sociology at SUNY New Paltz, profiles the need to study criminology and health through an interdisciplinary lens.

Dr. Eve Waltermaurer holds a PhD in Epidemiology, with a concentration in Criminology from the University at Albany. She has conducted research on violence and youth risk behaviors among other topics for the past twenty years. She is currently the director of research and evaluation for SUNY New Paltz’ Center for Research, Regional Engagement and Outreach, also known as CRREO. She is the lead editor of Epidemiological Criminology: Theory to Practice, published by Taylor & Francis, May 2013.

The Intersection of Crime & Health

It’s also because the close proximity of the prison environment can increase the behaviors that lead to transmission risk. And, the risk is greater for female prisoners.

With the fields of criminology and public health figuratively and literally housed separately in academia, the extraordinary connection between these two fields can easily be missed when, in fact, involvement with crime, as a perpetrator, victim, or officer, can independently put an individual at greater risk of poorer health.

For example, intimate partner violence victims report high levels of chronic complaints such as Asthma and bladder infections and police officers are potentially at greater risk for hypertension.

Then there are behaviors such as violence and drug use that both the criminologists and the public health specialists see as significant concerns.

While its name is long enough to make you fall asleep before the final syllable, epidemiological criminology, or the study of the intersection between crime and public health, has already been field tested to successfully improve our understanding in both fields.