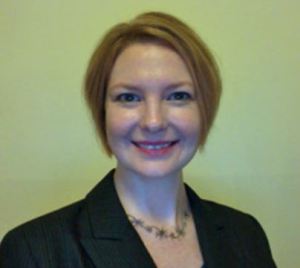 How you practice is more important than how long you do it for.

Brooke Macnamara, a psychologist at Case Western Reserve University, is working to debunk some common myths about achieving expertise.

Dr. Brooke N. Macnamara is a researcher and professor in the Department of Psychological Sciences at Case Western Reserve University. She is the director of the Skill, Learning, and Performance Laboratory and the Bilingualism and Communication Performance Laboratory, both at Case Western Reserve University. Dr. Macnamara received her PhD in Psychology from Princeton University.

The “10,000-hour rule” coined by Malcolm Gladwell in his 2008 book “Outliers” received a lot of popular attention. The 10,000-hour rule is the idea that with 10,000 hours of high-quality practice, called deliberate practice, anyone can become an expert.

The theory of deliberate practice was developed by psychologist-researchers in 1993. In a seminal paper on deliberate practice, they claimed that different amounts of deliberate practice acquired over a person’s lifetime largely explain why some people become experts while others do not. In other words, if one person is better than another, it is because she has practiced more; if two people have practiced the same amount, they should be equally as good on a task. Proponents of the deliberate practice view deny that other differences among people, such as intelligence, motivation, or other characteristics are important in determining skill level—only practice.

My colleagues, David Z. Hambrick and Frederick Oswald, and I decided to test the importance of deliberate practice by conducting a meta-analysis, that is, we gathered all the studies that had investigated deliberate practice on performance (that met certain criteria) across all domains in which it had been studied and looked for patterns.

We found that, on average, deliberate practice accounted for 12% of performance differences across people. This does not mean that an individual only improves 12% with practice; this means that when comparing people at different skill levels, practice explains 12% of why one person performs better than another. The importance of deliberate practice also depended on the domain.

Deliberate practice is important, but not nearly as important as proponents of the view have claimed. To improve on the old joke, there may be other avenues on the way to Carnegie Hall.