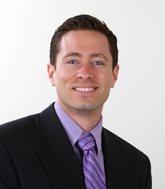 We’re living in the era of “Big Data” and it’s vital to adapt with the changing technological trends or risk falling behind.

Dr. Michael Jenkins, an assistant professor of criminal justice at The University of Scranton, analyzes the role Big Data will play in fighting crime.

My research explores the innovations police executives are implementing in the new community problem-solving policing era. While this new era has had its share of growing pains in recent years, there is no question that better data and technology will help make this form of policing even more effective, while simultaneously enhancing community relations.

I have observed police activities and conducted in-depth interviews, surveys, and archival reviews in the Boston, Los Angeles, Milwaukee, and Newark police departments. The occasional unfortunate policing excesses notwithstanding, our findings tell us that large metropolitan police forces are just beginning to realize the benefits of a community-based approach, which promises not only reduced crime, fear, and disorder, but also an enhanced quality of life for citizens.

Historically, police departments in large cities have tended to move from crisis to crisis.

For entrepreneurial police leaders in the new community problem-solving era, policing is an opportunity to press the re-set button on these difficult cycles.

We are seeing police departments across the nation put data and technology to work. Data from field interviews, pedestrian and motor vehicle stops, and citizen complaints regarding crime and disorder problems are gathered in real-time. Computers in the officers’ patrol cars give police officers instant access to information that they could use when conducting patrols and interacting with the community.

The reports that result from this marriage of data and technology also aid command staff during their regular strategy meetings. They are also helpful to supervisors who might want to more clearly explain the reasons for their actions to their officers and to their citizenry.

Greater information will help smooth out problems with the well-known and sometimes controversial “stop-question-and-frisk” police methods. With better data, officers will know when and how to interact with a citizen, and focus on those people and places that account for the most harmful offenses.

Our studies show that police leaders must encourage all officers to work more closely with the community, and to do so more legitimately, now-enhanced by data- and technology-driven methods.