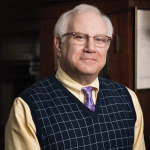 Lately, the topic of immigration is in the news every single day.

In today’s Academic Minute, we turn to history as Jason Silverman of Winthrop University discusses Abraham Lincoln’s stances on the subject.

A specialist in the history of the Old South and Civil War, Dr. Jason Silverman received his undergraduate degree at the University of Virginia and his graduate degrees at Colorado State University and the University of Kentucky. Before coming to Winthrop in 1984, Silverman was a member of the faculty of Yale University, where he taught for four years. Author or editor of 11 books, Silverman has won numerous awards for his teaching and three of his books have been nominated for national book awards. Among his teaching awards, he has received Winthrop University’s Outstanding Junior Professor Award, been named the University’s Distinguished Professor, received the Phi Kappa Phi Excellence in Teaching Award three times, and, in 1990, became the first person in Winthrop’s history to be named South Carolina Professor of the Year. Recently, Silverman was named the inaugural Ellison Capers Palmer, Jr. Professor of History at Winthrop. His new book on Abraham Lincoln and the immigrant will be published in 2015 by Southern Illinois University Press in their Concise Lincoln Library Series. For eight years, from 2002-2010, he served two elected terms on the Rock Hill School Board.

Think about Abraham Lincoln and chances are you think about the Emancipation Proclamation, the Gettysburg Address, or perhaps Ford’s Theater.  But, in all likelihood you don’t think about his relationship with immigrants.

Over 16,000 volumes have been written on Lincoln and not one of them examines his philosophy on immigrants and immigration!

And yet, my research will clearly demonstrate that Lincoln spoke about the need for immigrant labor long before he made his more famous remarks about slavery.  Indeed, he spent more time pondering, and delivered more economic speeches, about the place of immigrants in America than he ever did about the institution of slavery.

As a twenty-year old taking his first of two flatboat rides down the Mississippi River to New Orleans, he first realized that newcomers from many lands formed significant parts of the American population.

From that time onward, the immigrant was never far from Lincoln’s thoughts.  Unlike so many of his day, Lincoln formed individual relationships with the Irish, German, Jewish, Swedish, and Hispanic immigrants and generally refrained from simply coalescing them into groups of foreigners.  In return, they supported him in his legal and political career.  From court house to White House, Abraham Lincoln advocated that a place be made for immigrants in the American work force.

This year is the 150th anniversary of Lincoln’s signature piece of immigration legislation.

Called  The Act to Encourage Immigration, the bill was signed into law appropriately on July 4, 1864.

It was the first comprehensive federal immigration law in American history.  This law established the first US Immigration Bureau, whose primary function was to increase immigration so that American industries would have an adequate supply of workers to meet production needs during the Civil War.

“I regard our immigrants as one of the principal replenishing streams,” Lincoln told Congress in 1863, “who are appointed by Providence to repair the ravages of internal war, and it’s wastes of national strength and health.”

Although he didn’t live long enough to see the industrial revolution in the latter part of the 19th century and the role that immigrants played in it, Lincoln foresaw a modern American multicultural work force and welcomed immigrants to American shores long before Emma Lazarus’ famous words adorned the Statue of Liberty