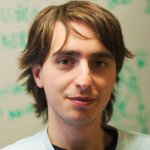 Before there was KnowYourMeme.com – the definitive encyclopedia of internet tropes, the concept of memes needed to be defined.

Michele Coscia, a post-doc at Harvard University, discusses the importance of understanding memetics.

Dr. Michele Coscia is a post-doctoral fellow at the Center for International Development, Harvard University in Cambridge. He mainly works on mining complex networks, and on applying the extracted knowledge to international development and governance. Dr. Coscia’s background is in Digital Humanities, i.e. the connection between the unstructured knowledge and the cold organized computer science. He earned a PhD in Computer Science in June 2012 at the University of Pisa. In his career, he has also worked at the Center for Complex Network Research at Northeastern University, with Albert-Laszlo Barabasi.

The Importance of Memetics

The word “meme” and the idea behind it were first written about in The Selfish Gene, a 1976 book by Richard Dawkins.

He proposed the idea that genes are pieces of genetic information with the primary aim of replication. Just like genes, memes are also self-replicating pieces of information, this time cultural ones. For example, the concept of afterlife is a meme, a cultural theme that we can find attached to many religions and larger cultural ideologies.

Meme theory started as an appendix of evolutionary biology, but in the last years we became more and more able to study these cultural information bits. 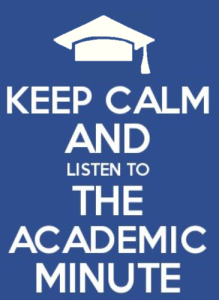 This is because, on the World Wide Web, memes are used every day and it is possible to collect hundreds of them, and that’s part of the work I do.

Every meme corresponds to a particular image, #hashtag, or even word choice.

On some websites, like Reddit, you can up-vote memes you like. Up-votes are a very clear way to measure their success, or their “evolutionary fitness”. The more positive tallies , the more people will remember the meme and, possibly, use it in the future thereby assisting in the replication process. That is how memes propagate in our brains and help repeat the process in the brains of others.

The overarching question in memetics, the science of memes, is whether memes behave like genes: for example, do they compete with each other for survival? In our research, we created models accounting for meme competition, and proved that the models are accurate descriptions of what we observe on social media.

We also show that memes seem to collaborate and clump together into larger cultural organisms.

Memetics is a viable field of study and we are laying the groundwork for future research on this important and interesting subject.