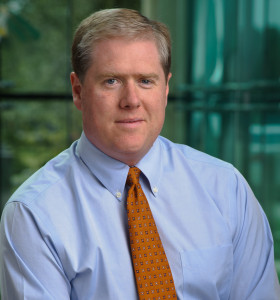 Our understanding of how cells function is growing every day.

Dr. Sean Morrison, Director of the Children’s Research Institute at The University of Texas Southwestern, explains how a new technique for understanding the way stem cells function reveals new clues about aging and opens an undiscovered world of biology.

Sean J. Morrison, Ph.D., is Director of the Children’s Medical Center Research Institute at UT Southwestern (CRI), a Professor of Pediatrics and the Mary McDermott Cook Chair in Pediatric Genetics at UT Southwestern, and a Howard Hughes Medical Institute Investigator. Dr. Morrison also is the principal investigator for the Hamon Laboratory for Stem Cell and Cancer Biology at CRI, which pursues research on the mechanisms that regulate stem cell function in the nervous and blood-forming systems, and the ways in which those mechanisms are hijacked by cancer cells.

The ability of our cells to operate properly is determined by the proteins that we produce. Proteins are not only critical building blocks in the production of new cells but also the enzymes that regulate most cellular processes, such as metabolic pathways. If a cell tries to make proteins too quickly, the proteins become misfolded and can damage the cell. Alzheimer’s disease is an example of a disease caused by protein misfolding, which slowly kills brain cells over time.

Studies of the aging of model organisms, like worms and flies, have shown that increased cellular production of proteins reduces lifespan, while decreased production of protein increases lifespan. During aging, stem cells must be maintained throughout life in regenerative tissues, such as skin and the blood-forming system. However, no one had ever been able to study protein synthesis in stem cells in adult tissues, or whether it influences their maintenance.

In my lab, Rob Signer adapted techniques to make it possible to study protein synthesis in mouse adult stem cells. We found that in the blood-forming system, the shortest-lived cells produce the most protein per hour, while stem cells produce the least protein per hour. Increases or decreases in protein production by stem cells both impaired stem cell function. This suggests that stem cells have to produce protein at a lower rate than other cells in order to be sustained throughout life. In other words, the rate of protein synthesis is an important component of cellular aging.

The ability to quantify the amount of protein synthesized by stem cells has opened a new world of biology in which we’ll be able to study differences in protein synthesis among cells within our tissues, and understand how and why cells make proteins differently.