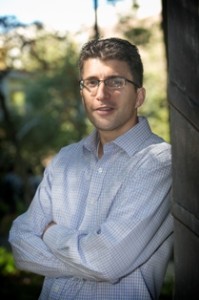 “The researchers from Stony Brook University conducted a few unusual experiments that showed that people who had success in the beginning of their endeavors tended to do better than people who did not start off with a stroke of luck (or genius).” – Time Magazine.

Dr. Arnout van de Rijt, an associate professor in Stony Brook University’s Department of Sociology and at The Institute for Advanced Computational Science, is studying how “nothing succeeds like success.”

Dr. Arnout van de Rijt received his Ph.D. in Sociology from Cornell University in 2007 and is currently Associate Professor in the Department of Sociology and the Institute for Advanced Computational Science at Stony Brook University. In 2010 he was awarded the Freeman Award for distinguished junior scholarship in social network analysis. His research exploits novel data collection opportunities enabled by present-day communication technology to answer longstanding questions about the origins of social order and societal inequality.

My research seeks to explain why some people are much more successful in life than others.

Typical debate about the origins of social inequality is between two camps: there are those who argue that differences in success mostly reflect variation in innate talent, hard work and perseverance and there are the opponents that contest that much social stratification is produced in unfair and non-meritocratic ways such as through the inheritance of wealth or systematic discrimination of deviant minorities.

I explore a third possibility, namely that the origin of much inequality in life is entirely random, and emerges through the gradual magnification of initially arbitrary distinctions between people. Namely, a fortunate success may breed more success, a phenomenon also known as “cumulative advantage”. So you can have two a priori equivalent individuals, one of which gets this random early advantage which in turn breeds further advantage through a rich get richer dynamic until down the road one of the two is highly successful and celebrated while the other has remained unknown. Inequality has emerged out of nowhere.

In a recent study, our team set out to test this theory using a novel research method, which is best described as an “in vivo social science experiment”. We intervened in live social systems just like a biologist may apply a treatment to a live animal. Our minimally invasive treatment was the giving of small successes to randomly selected individuals. We bestowed different types of successes on people, including dollar donations to fundraisers, signatures to petitioners, positive ratings to contributors, and awards to volunteer editors of Wikipedia. After applying the treatment, we monitored recipients’ progress along with “control groups” who had not received our largesse.

In each case we found that those who were fortunate enough to receive our small success were subsequently also more successful, raising twice as much money, and receiving greater numbers of positive ratings, awards, and signatures from third parties. And that difference emerged despite the equal merit of their counterparts in the control condition who didn’t have the random fortune to experience an early success.