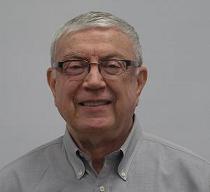 Racism isn’t always an overt display of prejudiced behavior or language. Microaggression is a term coined by Chester Middlebrook Pierce and it describes small acts and subtle behavior between people of different races that could potentially be interpreted as racially biased.

Keith Johnson is a lecturer in the Department of Sociology at Oakton Community College. An empirical sociologist, Dr. Johnson earned his PhD from Syracuse University. His primary research interested include occupations and professions, uses and misuses of statistics and methodology, and social problems. He has worked and taught in the United States, Canada and Venezuela.

Recent public attention to an unaddressed social problem, “microaggression,” has highlighted an obscure psychological concept: that minority individuals who receive slights or slurs are victims of aggression. A recent New York Times front page article finds the concept is appearing on campuses nationally.

I used a Diversity Survey about personal experiences with eight such awkward interactions. My findings from 400 college students and families have been unexpected and question the concept.

First, almost as many white majority respondents report experiences of cross-racial slights as do minorities. Second, there is little difference in how they are perceived across racial lines. Although minorities report somewhat more “racism,” most don’t attribute a bad experience to racism or hate.

The ones most likely to report microaggressions are young people who see them more as racist. More are minorities. It may be that they are more likely to experience racism, but many young whites have a similar response. It is also counterintuitive to have younger people report more life experiences.

Now those who respond aggressively to these perceived slights, are also young people, reporting more bad experiences, seeing them as racist, and being minorities. This supports my hypothesis that microaggression is a two-way street with people who think they are victims acting aggressively themselves.

I conclude that microaggression, as commonly used, is not a scientific concept.   It reifies perceptual bias, through a one-sided view of two-sided interaction.