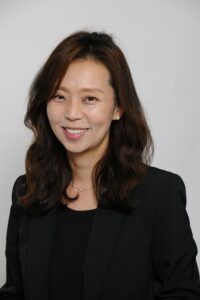 Getting asked to donate to charity in the checkout line may not produce good feelings.

Na Young Lee, assistant professor of marketing at the University of Dayton, examines why.

“Do you want to round up for charity?”

If hearing that question makes you feel anxious, you’re not alone.

Checkout charity brought in more than $600 million for causes in the US in 2020. Many donations are for just a few cents.

But shoppers associate mostly negative feelings with these solicitations.

In a series of studies, my colleagues Adam Hepworth, Alex Zablah, and I interviewed people about how they felt when they were asked to donate while ringing up their purchases at a variety of retailers.

About 40% of the words they used to express their feelings were associated with anxiety such as “pressured,” “annoyed” and “concerned about being judged.” Another 7% were also negative such as “guilty.”

Only 20% were positive such as “nice” or “compassionate.” The rest of the words shoppers used were neutral.

We also did online experiments, asking people to imagine they were making a purchase at a drive-through window or grocery store. Those who imagined being asked to donate experienced more anxiety than those who only had to focus on their purchase.

We found evidence that this anxiety can be relieved when customers agree to donate. But that’s only true when the solicitation comes from a cashier, as opposed to an automated self-service checkout machine.

Retailers and restaurants may expect customers to see them in a more positive light because of their engagement in charitable activity, and there’s been some evidence to that effect.

But our study indicates that for many shoppers the results could be the opposite. For that reason, retailers and restaurants may want to weigh the risks before initiating these campaigns.