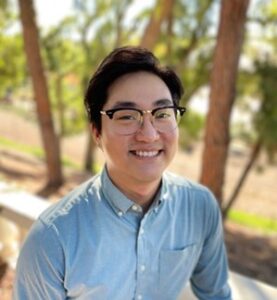 On this Student Spotlight: Location matters, especially so for tobacco retailers.

Joshua Rhee, Ph. D student in Public Health at the University of California, Irvine, discusses why location matters so much to certain communities.

Joshua Rhee is a PhD student in Public Health with a concentration in Disease Prevention at UCI. Rhee holds a master’s degree in Public Health and a bachelors in Neuroscience and Cognitive Neuroscience. He is focusing his dissertation research on the relationship between cannabis and tobacco. Specifically, the accessibility of both cannabis and tobacco, the risk of transient tobacco-use among various concurrent users, and the different tobacco-related cessation outcomes among concurrent users.

Previous research has shown that there is a higher concentration of tobacco retailers in low-income areas with more racial/ethnic minorities. This most likely has caused the Black and Hispanic communities to be some of the top users of tobacco products.

I led a team of public health researchers from UC Irvine, RAND Corporation, and USC  to assess the spatial relationship between licensed tobacco retailers and cannabis retailers in Los Angeles County, California. To our knowledge, this is the first study of its kind to assess both tobacco and cannabis clusters.

We analyzed the location of 450 cannabis retailers and the proximity to 8,000 tobacco retailers within a 20-minute driving distance. We then compared socioeconomic and demographic data such as income, age, education, and race/ethnic background against the location data.

Results showed that areas with higher percentages of racial/ethnic minorities and younger populations (18 to 34 years old) were more likely to have unlicensed cannabis retailers along with high access to other tobacco retailers.

The effects of having these retailers in communities with higher percentages of racial/ethnic minorities can be profound. Studies have shown that habitual use of cannabis and tobacco creates mental health problems and can act as a gateway to harder narcotic use. For some communities who are currently struggling with these issues, these retailers can continue to damage the health of the community.

This research is key to preventing future generations of racial/ethnic minorities from becoming addicted to cannabis and tobacco. We aim to inform local communities and elected officials of the correlation between tobacco and cannabis retailers in dense urban environments and health disparities among low-income and minority groups to make informed policy decisions.