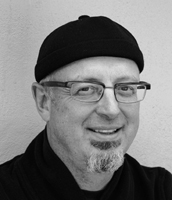 Art can bring out many truths, even by using lies.

Beauvais Lyons, chancellor’s professor at the University of Tennessee, Knoxville, examines one such instance.

Beauvais Lyons is a Chancellor’s Professor at the University of Tennessee, Knoxville where he has taught printmaking since 1985. Beauvais Lyons’ art involves various form of mock-documentation, fabricating and documenting imaginary archaeology, medicine, folk art, zoological specimens, and even an invented circus. His projects often use hand-printed lithographs to convey a sense of historical authenticity. As the Director of the Hokes (pronounced “hoax”) Archives, he has originated traveling exhibitions that have been presented at over 80 galleries and museums across the United States. His prints are in numerous public collections including the Smithsonian Museum of American Art, Washington, DC and the Philadelphia Museum of Art, Philadelphia. PA. In 2002 he received a Fulbright Fellowship to teach at the Fine Arts Academy in Poznañ, Poland.  In 2014 he received the Santo Foundation Artist Award. Lyons’ work is cited by Linda Hutcheon in Irony’s Edge: A Theory and Politics of Irony (1994); Lawrence Weschler’s Mr. Wilson’s Cabinet of Wonder (1995); and most recently in Antoinette LaFarges’ book Sting in the Tale: Art, Hoaxes and Provocation (2021). Additional information on his work may be found at: https://art.utk.edu/printmaking/lyons/

In the mid-1960s, Norman Daly, a Professor of Art at Cornell University exhibited a tall, metal sculptural work in a faculty dining room. He later learned that one of his colleagues had mistaken his sculpture for a hat-rack. At first Daly was deeply offended, but then realized that he needed to take more control over the context in which his art was presented.

This insight led him to create a pioneering work of archaeological fiction titled “The Civilization of Llhuros.” First presented 50 years ago in 1972, the show resembled a real archaeological exhibit with more than 150 artifacts, many of which were fragmentary and appeared ancient. The exhibit used museum conventions such as a maps, explanatory labels, soundtracks of their ceremonies, audio interviews with scholars, and 56-page exhibition catalogue, all designed to present Llhuros as real.

Daly’s project is what scholar Antoinette Lafarge calls “Fictive Art,” a genre that involves the fabrication and documentation of imaginary cultures, histories, disciplines, or people. Fictive art is designed to provoke two readings, one, from an initial sense that the work presented is real, and a second, often prompted by various clues, that it’s a playful invention. In the case of Llhuros, it might be the earthenware oil container that closely resembles the shape of an Ivory soap detergent bottle. This “self-outing” is what distinguishes this art form from the forger or con-artist.

Today, when millions of people are persuaded by alternate facts or conspiracy theories, we need art that helps them to spot misinformation. Exhibits such as this, which give viewers the opportunity to recognize the tools of deception – have particular relevance today.

On October 8, 2022 Lyons is hosting The Llhuros Symposium, an all-day virtual symposium to mark the 50th anniversary of Cornell University Professor Norman Daly’s pioneering work of archaeological fiction “The Civilization of Llhuros.” The symposium is free and open to attend, but requires Zoom registration: https://symposium.civilizationofllhuros.org/

An article by Beauvais Lyons about Norman Daly and LLhuros is published in The Conversation: https://theconversation.com/50-years-ago-an-artist-convincingly-exhibited-a-fake-iron-age-civilization-with-invented-maps-music-and-artifacts-189026.