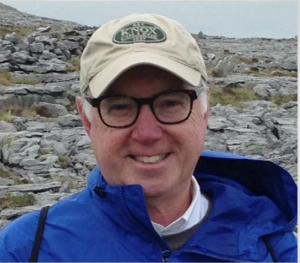 Have you ever seen a ghost?

Frank McAndrew, Cornelia H. Dudley Professor of Psychology at Knox College, explores why some people do and some do not.

Frank McAndrew is the Cornelia H. Dudley Professor of Psychology at Knox College, a blogger for Psychology Today Magazine, and an elected Fellow of the Association for Psychological Science and several other scholarly societies. He is an evolutionary social psychologist who studies gossip, aggression, and creepiness. Consistent with his long tenure at a liberal arts college, McAndrew is also an award-winning teacher who is particularly proud of the fact that more than 110 of his former students have gone on to complete a doctoral degree in psychology or a closely related field.

Why Do Some People See Ghosts While Others Don’t?

If you’ve ever seen a ghost, you have something in common with 18 percent of Americans.

But why do some people see ghosts while others never do?  The first prerequisite is believing that ghosts exist. Perceptions are driven by our expectations and beliefs, especially when sensory information is sketchy, so believers in ghosts may interpret cold spots and creaky sounds in an old house as the work of sinister paranormal forces; unbelievers likely seek more mundane explanations.

Intuitive individuals, who draw conclusions quickly by trusting their feelings and instincts, endorse paranormal beliefs more frequently than do more analytic thinkers. Extraverted sensation seekers and individuals who are uncomfortable with uncertainty are also susceptible to paranormal beliefs.

Religion’s talent for easing our anxiety about death may have the perverse effect of putting us on edge about ghosts and other supernatural beings while we are alive. This, however, may depend upon how religious you actually are. Those who describe themselves as believers—but who don’t attend church regularly—are twice as likely to believe in ghosts than nonbelievers or the deeply devout. With most religions populated by an impressive collection of gods, demons, spirits, and angels, your religious faith determines whom you think you’re meeting and whether the visitor from the spirit world is a welcome or unwelcome guest.

Seeing ghosts is sometimes rooted in brain chemistry. Experimental work by neuroscientists reveals that a disruption of communication between different lobes of the brain may be responsible for the ghostly hallucinations of Parkinson’s Disease patients, and these researchers have successfully triggered experiences of apparitions by stimulating the relevant brain regions.