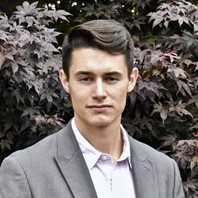 Problems still exist for the U.S. and the world after a long conflict in Afghanistan.

Andrew Mines is a Research Fellow at the Program on Extremism at George Washington University. He studies extremist psychology, behavior, groups, movements, and ideologies across the globe. Andrew is an Investigator with the National Counterterrorism Innovation, Technology, and Education Center (NCITE), a DHS Center of Excellence. His latest research focuses on the Islamic State’s affiliate in the Afghanistan-Pakistan region, ISIS-K, and he is co-authoring a book publication on the group for release in 2022.

On July 31st, a U.S. drone strike in downtown Kabul killed Ayman al-Zawahri, Osama bin Laden’s successor and the leader of al-Qaida. Al-Zawahri was there in Afghanistan’s capital under the permission, invitation, and protection of top Taliban officials. Many of these officials are themselves wanted terrorists. Earlier this summer, top United Nations officials had also warned that the Taliban were relocating some terrorist groups in Afghanistan to make them less conspicuous, allowing the continued presence of terrorist training camps in some areas, and potentially even granting citizenship to foreign fighters. When they’ve been found out, the Taliban have simply deflected, denied, or launched their own accusations in response.

Now, there’s still a lot we don’t know. What other al-Qaida members are being hosted in Afghanistan? Will a new al-Qaida leader also be protected in the country, and will he be allowed to coordinate al-Qaida’s global network? Will we be launching more drone strikes against terrorists in Afghanistan if the Taliban don’t change? And what will that solve in the long run? Right now, it’s hard to say.

But what we do know is that the Taliban’s relationship with al-Qaida is decades long and runs deep, and it was always a long shot that we would be able to change this. After one year of being back in power, the Taliban have solidly proven that they can’t be trusted on counterterrorism.