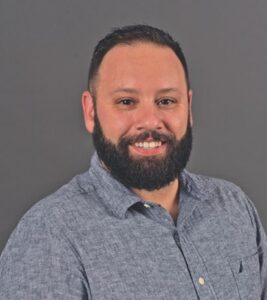 Taking care of our waterways will be key in the future.

Daniel Macfarlane, associate professor in the Institute of the environment and sustainability at Western Michigan University, determines why attempts to clean up one body have not gone as planned.

Half A Century After the Great Lakes Water Quality Agreement, the Lakes Are in Trouble

In the 1960s, the Great Lakes were in bad shape. Rivers like the Cuyahoga were catching fire. Lake Erie was declared dead because of excessive eutrophication.

In response, the United States and Canada signed the Great Lakes Water Quality Agreement (GLWQA) in 1972. This important environmental accord, which has been called an international model for transboundary pollution prevention, created a framework to allow the two countries to cooperatively protect these border waters.

The Great Lakes Water Quality Agreement, which celebrates its 50th anniversary this year, included a nondegredation philosophy and the establishment of common goals across the border for a variety of pollutants. The main goal was limiting point-source nutrient inputs, especially phosphates from detergents and sewage. That was soon achieved, helped by other regulations and an influx of governmental spending on treatment plants.

But scientists soon realized that hazardous toxins and nonpoint-source pollution were big problems in the Great Lakes. The 1972 GLWQA was replaced by another agreement in 1978 which focused on chemicals and toxins, among other new additions.

Though the 1978 Agreement made important advances in treating pollution in the Great Lakes, it alone wasn’t enough. Addressing nonpoint sources and toxics was a much more difficult job, and both countries kept polluting the lakes.

In the twenty-first century, PCBs, DDT, and chlordane are still in the lakes, along with myriad other pollutants. The Great Lakes now have wide range of new problems such as microplastics and the so-called forever chemicals: PFAS/PFOA. Furthermore, climate change threatens to exacerbate old problems and create new ones. Despite the important progress made by the two Great Lakes Water Quality Agreements, the Great Lakes are arguably in greater ecological danger today than they were a half-century ago.