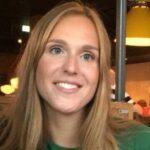 On this Student Spotlight:  Narcissism can lead people to behave in all sorts of bad behavior.

Sophie Kjærvik, Ph.D student in Communication at The Ohio State University, looks into another surprising form that may not be considered at first.

Sophie Kjærvik is a PhD Student in Communication at The Ohio State University. She studies narcissism, aggression, and the use of social media. The meta-analysis was a part of her master’s degree, which she received from the University of Oslo, in Norway.

Professor Brad Bushman and I did a comprehensive review on the link between narcissism and both aggression and violence, analyzing 437 studies involving more than 123,000 participants. We found that narcissism is related to a 21% increase in aggression and an 18% increase in violence. Individuals high in narcissism are especially aggressive when provoked but they are also aggressive when they are not provoked. We found that participants with high levels of narcissism showed high levels of all types of aggression, including physical, verbal, indirect aggression such as spreading gossip, bullying others online or offline, and even displacing aggression against innocent bystanders. They attacked others in both a hotheaded impulsive and coldblooded calculated manner.

We were surprised to find that the link between narcissism and violence – actually intending to cause physical harm – was nearly as strong as its link with less serious forms of aggression. But our results are consistent with research that suggest narcissism might be a risk factor for violent acts such as mass shootings.

The link between higher levels of narcissism and aggression was similar for males and females of all ages from both Western and Eastern countries. And it doesn’t take pathological levels to have negative effects.  More narcissism was linked to aggression even before it gets to levels that may seem concerning.

The bottom line is that feelings of superiority and entitlement can lead people to attack others in a variety of ways, sometimes even violently.