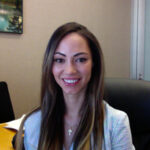 Racism is bad for your health.

April Thames, associate professor of psychology and psychiatry at the University of Southern California Dornsife, details why.

April Thames is an associate professor of Psychology who studies how social context interacts with the brain to influence health and mental health outcome. She operates a translational neuroscience research program that studies the impact of chronic disease, substance abuse and socioeconomic disadvantage on neurological, cognitive and mental health outcomes.

As a clinical psychologist interested in how societal factors interact with biology to create disparities in health, I’ve been investigating whether there’s a link between racism and our physical health.

It’s been well documented that chronic stress alters the function of brain regions, such as the hippocampus. We’re continuing to learn even more about this through social genomics, a field of study that demonstrates how the function of genes – knows as gene expression – is influenced by social conditions such as social marginalization, poverty and loneliness.

With a group of colleagues, I recently discovered that racial discrimination appears to turn on genes that are involved in the inflammatory response among African Americans, which is particularly significant because chronic inflammation ages the body and can cause organ damage.

Though genes are programmed to turn on and off in a certain manner, those patterns of activity can shift depending on environmental stresses. We found that among black people, experiences with racism and discrimination accounted for more than 50% of the difference in the activity of genes that increase inflammation, compared to white people.  And these study participants had similar backgrounds, other than their race.

So what are the implications of our findings? I believe racism and discrimination should be treated as a health risk factor, just like smoking, particularly because interventions tailored toward reducing racism-associated stress may mitigate some of its adverse effects on health.

As a society we cannot afford to perpetuate health inequities by undermining or disguising the biological impact of racism.