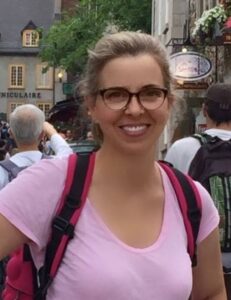 The Vietnam War can be a Rorschach Test.

Elise Lemire, professor of literature at Purchase College, explains how some veterans changed the societal perception before the end of the war.

Elise Lemire is the author of Battle Green Vietnam: The 1971 March on Concord, Lexington, and Boston, just released by the University of Pennsylvania Press. She is a two-time fellowship recipient from the National Endowment for the Humanities. 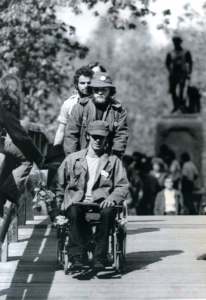 By the spring of 1971, thousands of American GIs were feeling horrified at what they had seen and done in Vietnam.  Upon returning home, they were determined to convince the public that the war needed to end and end immediately.

In New England, a band of more than two hundred fatigue-clad members of the organization Vietnam Veterans Against the War sounded the alarm for peace by marching in reverse the path Paul Revere took two centuries earlier when he called on the American colonists to rise against their British oppressors.

Along a route that brought them to four famed Revolutionary War Battlefields, the veterans set out to reveal how far the nation had veered from its ideals.  They staging reenactments, not as had recently become popular of the battles that birthed the United States, but of the brutal atrocities Americans had perpetrated in the name of freedom on the other side of the world.

After demonstrating at Concord’s Old North Bridge, the veterans attempted to occupy the Lexington Battle Green, only to be met by selectmen determined to protect the nation’s sacred birthplace from the political burdens of the present day.  By then, a regional press inspired by the veterans’ patriotism had alerted New England’s citizenry of the showdown about to ensue.  Hundreds flocked to the Battle Green to reenact the colonial militia’s brave stand in 1775, and over four hundred were arrested for committing civil disobedience in what remains the largest mass arrest in Massachusetts history.

While Vietnam Veterans Against the War did not succeed in immediately ending the American war in Southeast Asia, the organization changed how that war was perceived and, later, memorialized.