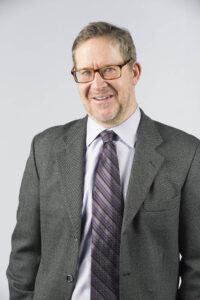 What if the U.S. government was more like the United Kingdom’s?

Matthew Hendley, professor of history at SUNY Oneonta, delves into the contrasting styles of governance.

Dr. Matthew Hendley is Chair and Professor of History at the State University of New York – College at Oneonta (SUNY Oneonta).  Educated in Canada, he is a specialist in Modern British History and the history of the British Empire. His publications include, Organized Patriotism and the Crucible of War: Popular Imperialism in Britain, 1914-1932. (Montreal and Kingston: McGill-Queen’s University Press, 2012), and the co-edited book Imagining Globalization: Language, Identities and Boundaries (New York: Palgrave Macmillan, 2009), as well as numerous book chapters and scholarly articles.  Professor Hendley’s published work has focused on the gendered nature of British political culture in 20th century Britain. Dr. Hendley has received a Research and Scholarship Award for excellence in scholarship from Research Foundation of the State University of New York.

What if the U.S. Followed the Westminster Parliamentary Model?

“Peace, Order and Good Government” or “Life, Liberty and the Pursuit of Happiness”? These words are from the preambles of the founding constitutional documents of Canada and the United States . As a thought experiment as we change Presidents, it might be worth asking – what if the USA followed the Westminster parliamentary system like Canada or the UK? Here are some of the biggest differences.

First, a non-elected head of state who is only ceremonial and has minimal power.

Third, there is a Leader of the Opposition in parliament who could become Prime Minister if the existing Prime Minister loses majority support in the House of Commons.

Fourth, a government can be remade through a vote of nonconfidence. This means a Prime Minister can be rejected in a single day by parliament without all the formalities of the American impeachment process.

Fifth, an unelected second chamber of government in Canada and the UK.

Sixth, due to the limited powers of the upper chamber, key legislation can only be delayed but not rejected if an elected majority in the House of Commons wishes to enact it. This means “checks and balances” are more based on tradition, custom and public opinion than formal constitutional machinery as in the USA.

Finally, the periods between elections are not fixed (despite recent efforts to change this). Parliament can be dissolved early if a major controversy erupts.

So – how would the last four years have been if we operated under the Westminster parliamentary system?