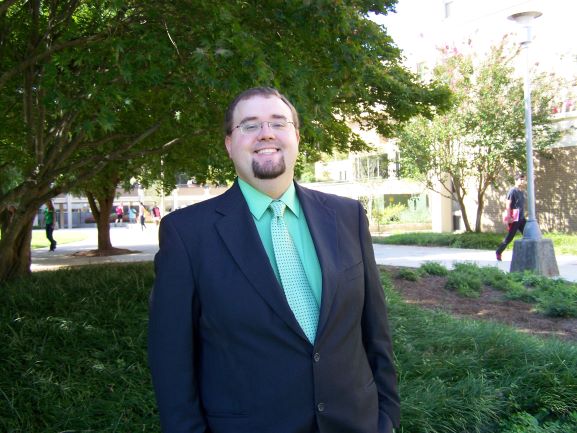 On University of West Georgia Week: Rugged individualism has had a large influence over gun laws in the U.S.

Anthony Fleming, associate professor of political science, determines its impact on the country.

I graduated with my PhD in Political Science in 2010 from West Virginia University. My primary area of study has been gun control policy in the United States and Canada. In particular, I focus on the reaction by policy makers, interest groups, the media and the public to major gun violence events. At the University of West Georgia I teach both undergraduate and graduate level courses. At the undergraduate level, I teach Introduction to American Government, State and Local Government, Principles of Public Administration, and Gun Control Policy. At the graduate level, I teach Policy Analysis and Evaluation, State and Local Administration. I also serve as the advisor the Political Science Club and as the advisor to the Georgia Legislative Internship Program. If anyone is interested in obtaining an internship with this program I encourage them to come and talk to me. On a personal level, I love animals. I have one dog, two cats, a parrot, pythons (more than a few), and chickens (which are considered my pets and not for consumption). I am a huge sports fan, and am a diehard supporter of my alma mater, the West Virginia University Mountaineers. Lastly, I love the game of chess, and encourage students to stop by the lounge or my office to play a game anytime.

Gun policy is one of the most contentious issues in the country. After high-profile massacres, many argue these terrible events would be limited if we created more firearms controls; however, many also contend that firearms are not the problem and that more controls on them are not the solution. The two sides of this argument reflect the two sides of the communitarian value and rugged individualism value debate.

In short, those who support communitarian values are seeking to protect the society and community over the individual. Conversely, those who support rugged individualism values seek to protect the rights and liberties of the individual over the society and community. Both sides of the debate attempt to gain superiority over the other side. By analyzing a variety of data that ranges from a catalog of presidential statements, bills in the U.S. Congress, and New York Times articles, we have identified three overarching frames we have labeled as restrictive, lenient, and punitive.

A restrictive message calls for more restraints on firearms. Restrictive messages align with communitarian values because their goal is to make society safer by limiting access to firearms. Lenient messages ask for less restraints on firearms. Lenient messages align with individualistic values because they are suggesting that the individual’s rights are superior to community concerns. Punitive messages call for those who abuse firearms to receive extra penalties. These messages fall under the individualistic value umbrella because they are calling for members of society to take personal responsibility for their behavior, and if they violate this responsibility, they should forfeit their rights.

In conclusion, we find that the American gun debate thus far has been an ideological clash that has been rather lopsided in favor of those who have supported rugged individualism.