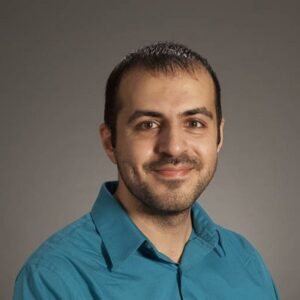 On University at Albany Week:  Space is a vast wealth of exploration opportunities.

Mustafa Aksoy joined the faculty of the Department of Electrical and Computer Engineering in Fall 2017. Dr. Aksoy received his Ph.D. in 2015 from the Ohio State University, where he worked as a graduate research associate at the ElectroScience Laboratory. Prior to joining the University at Albany, Dr. Aksoy was a post-doctoral research associate at the University of Maryland Baltimore County and NASA Goddard Space Flight Center. His research interests are in remote geophysical sensing using microwave technology and electromagnetic theory.

A New Age of Discovery

“The Age of Discovery,” a period of time in which explorers circumnavigated the globe, expanded trade routes and established colonies on distant lands, forever reshaped the world.

Today we are in the midst of a new age of discovery, as science and technology provide increasingly sophisticated tools for humans to explore the Solar System and the space beyond.

At the College of Engineering and Applied Sciences, we are currently studying remote sensing instruments, which have the ability to rapidly expand our knowledge of the worlds beyond our own. These systems are capable of traveling long distances onboard space vehicles and measuring critical geophysical parameters over large ranges; thus, form the backbone of space exploration.

Specifically, CubeSats, small, low-cost satellites which can be manufactured and launched en masse, offer enormous potential for Earth and Space observations. Constellations of CubeSats have significant advantages over single, large and expensive monolithic traditional remote sensing systems such as real-time measurements with broad coverage, resiliency of a distributed observation system, and graceful degradation with low-cost replenishment.

On the other hand, due to their small size, CubeSats are extremely susceptible to ambient conditions; therefore, to obtain stable and accurate calibration of individual sensors in a CubeSat constellation, as well as precise calibration of the entire constellation to ensure uniform, consistent, and continuous measurements are some of the main problems in utilizing these instruments.

To address these challenges, our team is developing a novel approach to calibrate CubeSat constellations as single systems in their entirety using novel machine learning algorithms.

This research could potentially advance NASA’s next era of exploration – the Artemis program – which is charged with advancing technologies, developing new systems, and testing capabilities that will be critical for crewed missions to Mars.