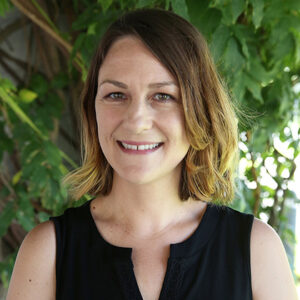 On University of Redlands Week:  Divorce is not pleasant, but can be beneficial.

Jessie Hewitt, assistant professor of history, looks into madness and marriage in a historical context.

Jessie Hewitt teaches modern European history, with a special focus on gender, disability, medicine, and culture. Jessie’s articles on the history of French psychiatry have appeared in French Historical Studies and Contemporary French Civilization. Her book, Institutionalizing Gender: Madness, the Family, and Psychiatric Power in Nineteenth-Century France was published by Cornell University Press in 2020.

The nineteenth-century psychiatric system calls to mind images of injustice and dread, particularly with respect to the internment of women deemed insane. Women who loved other women, women who chose not to marry, and women who rejected motherhood could all find themselves committed to asylums against their wills. Yet, in nineteenth-century France, men also faced institutionalization if they failed to live up to popular conceptions of what it meant to be a good husband and father. One such man was Auguste Faulte du Puyparlier, an aging veteran of France’s conquest of Algeria who woke up in the Parisian asylum Charenton in 1869. He claimed his wife had conspired to poison and then institutionalize him without his consent. While Puyparlier was apparently known for profligate spending and for occasionally wandering around town without his pants, he argued that his wife orchestrated his commitment because she no longer loved him. Describing himself as a victim of “feminine hate,” the former soldier beleived that the legalization of divorce would keep unhappy marriages like his own from devolving into tragedy. Puyparlier spectacularly escaped from the Tribunal of Paris during an appeal hearing before his case could be adjucated by the courts. He fled to England, where he remained until the death of his wife. The widower presumably had the last laugh as he wrote her epitaph:  “Here lies my wife; oh, that she may be well; for her rest, and for mine.” Puyparlier clearly understood the liability conferred by madness in the nineteenth century, even for husbands whose authority over their wives was almost always taken for granted.