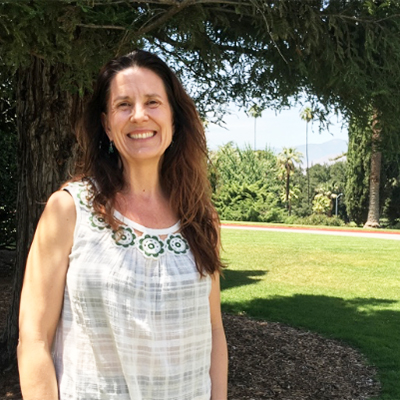 On University of Redlands Week: The pandemic has brought the ties between health and social inequalities to the fore.

Jennifer Nelson, professor of women, gender, and sexuality studies, shows that these links are not new.

Dr. Jennifer Nelson is a United States historian with an emphasis in women’s history. Her dissertation became her first book, Women of Color and the Reproductive Rights Movement (NYU Press 2003). Her second book, More Than Medicine: A History of the Women’s Health Movement (NYU Press 2016), extended her research on the feminist and women’s health movements in the United States. She also co-edited with Barbara Molony a volume on transnational feminism, Women’s Activism and “Second Wave” Feminism: Transnational Histories.

Nelson has published articles in a variety of women’s history, medical history, and women’s studies journals on the subject of reproductive rights, women’s health, and social justice movements. Her first article on the feminist abortion rights movement in Mexico, “Abortion Rights and Human Rights in Mexico,” in Tanya Saroj Bakhru, ed. Reproductive Justice and Sexual Rights: Transnational Perspectives, was published this year (Routledge 2019). She is currently working on a book-length project on the movements for and against legal abortion in Mexico.

The present global pandemic has made apparent that historical links between inequality and healthcare persist. According to the CDC, compared to White Americans, Black Americans have been nearly 5 times more likely to be hospitalized because of COVID-19 and have been two times more likely to die. Many experts attribute these disparities to unequal healthcare access. Civil Rights movement activists, over a generation ago, addressed racial disparities in healthcare by fighting for public clinics that would involve the community in clinic services. My research has focused on the Delta Health Center in Mound Bayou, Mississippi where one of the first federal demonstration projects was founded in 1966. The poor provided and managed much of their own healthcare and health workers were drawn from the local population.

Feminists also focused on social inequality and healthcare. Before abortion became legal in the early 1970s, feminist organizations set up underground referral services to help women access illegal abortions. Referral organizations evolved into feminist women’s health centers where, like the community health centers, women involved other women in the provision of their own gynecological care. They called this form of care, self-help, and encouraged women to learn about their bodies by looking at their reproductive organs to diagnose sexually transmitted infections, abnormal Pap tests, or early pregnancy. Despite their focus on health and inequality, white feminists were pushed by feminist women of color to reckon with racial biases, especially medical abuses and forced sterilization experienced by women of color.