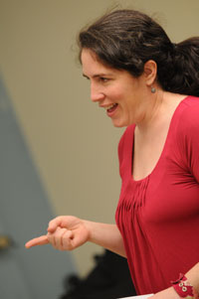 How do languages of the past stack up to today’s new social norms?

Deborah Bennett, professor of liberal arts at the Berklee College of Music, explores limits of teaching languages with only male or female pronouns.

Deborah J. Bennett is a Professor of Language and Literature at Berklee College of Music. Her poems and translations have appeared in Salamander, Connotations Press Online, La GuaGua and elsewhere.  Her prose has appeared on Edify, Only a Game and Cognoscenti among others. With Simone Pilon, she has co-authored and presented research on gender inclusive terminology in Romance languages Ideating Pedagogy in Troubled Times and at the Pacific Asian Modern Language Association Annual Conference

As educators in the United States seeking to create a more inclusive environment, Romance language instructors are caught in a bind.  Languages like Spanish and French are rooted in a binary vision of the world. People, objects, adjectives, and articles are either male or female. In English, the discussion around gender neutral language focuses on pronouns; in Romance languages it is more complicated.

The evolution of the discussion of gender-neutral language in French and Spanish starts with the efforts of feminists who have sought to create gender inclusive terms to make women more visible in language and not rely on the masculine form as the universal marker for all people.

Efforts to create gender neutral forms have come out of the LGBTQ community and the younger generation. Early adapters of non-binary language in Spanish used symbols such as the @ sign or an x in place of the masculine -o and feminine -a endings, a famous example being Latinx.  However, the question of pronunciation in spoken language creates a challenge and recent efforts have focused on the -e ending, which is already gender-neutral.

The academies that regulate Spanish and French have rejected these “unnecessary” changes and insist that the masculine is, oxymoronically, gender neutral.

As researchers and language instructors, we have been forced to make a choice between the standards issued by the Academy and the need to acknowledge the existence of women and gender queer individuals in the classroom.  We discovered that these norms are being developed in places such as Québec and Argentina, thus making it clear that change is being driven by stakeholders of the language and culture. This conversation is only just beginning, and as the use of gender-inclusive and gender-neutral language takes root in the Spanish- and French-speaking worlds, we expect to see even more evolution of these living languages.