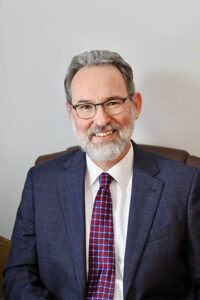 U.S. Presidents have a long history of scandals.

Richard P. Barberio is an Associate Professor with SUNY Oneonta’s Department of Political Science. He holds a Ph.D. in political science from the Rockefeller College of Public Affairs & Policy at the University at Albany and is an Americanist with a focus on political institutions.  He is the author of a textbook on public policy making, The Politics of Public Policy, published by Person in 2014. His most recent book, Presidents and Political Scandal: Managing Scandal in the Modern Era was published by Palgrave Macmillan in 2020.  His current research on political scandal builds directly on his established work with what is known as the “public presidency.” A Fulbright grant recipient, Dr. Barberio is slated to teach and conduct research on political scandal with the University of Milan, Italy in their graduate program for the University’s Department of International, Legal, Historical and Political Studies in 2021.

What Can Scandal Tell Us About Presidential Power

While presidential scandals can be as individual as the presidents who find themselves at the center of these political storms, there are factors that help us see patterns in the events surrounding these scandals. In so doing, we gain some insight into the nature of presidential power.

When faced with scandals, presidents have routinely either stonewalled or grudgingly cooperated with investigators and their inquiries. My research indicates that there’s a third possibility, what I call a backfire, something akin to how forest fires are fought by burning away the vegetation and the undergrowth as a way to halt the spread of a fire.

In essence, where firefighters fight fire with fire, presidents may fight scandal with scandals that they create as a means of misdirection from their misdeeds.

I’ve identified several factors that are crucial to the use of a backfire for scandal management including whether a scandal features money, sex or power; variations in the political environment such as party control of government and the degree of polarization; public support for the president and his policies; changes in the form and the delivery of information; and changes in the public perception of leadership and government.

While the findings of my research indicate that Presidents Nixon, Reagan, and Clinton at least contemplated the use of a backfire to manage their scandals, and that President Trump has actually employed the technique, I argue that systemic factors are only part of the story when it comes to this expansion of presidential power. The individual agency that each president brings to the presidency also plays a significant role. Therefore, as dangerous as the backfire technique is to our constitutional order, it may not necessarily be a permanent addition to the powers of the presidency.