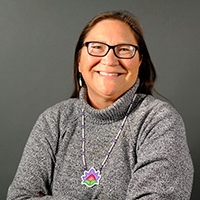 The solstices are not just days on a calendar to indigenous peoples.

Rosalyn LaPier, associate professor of environmental studies at the University of Montana, explains why.

Rosalyn is an award winning Indigenous writer, ethnobotanist and environmental activist with a BA in physics and a PhD in environmental history. She works to revitalize Indigenous & traditional ecological knowledge (TEK), to address environmental justice & the climate crisis within Indigenous communities, and to strengthen public policy for Indigenous languages. Dr. LaPier is an enrolled member of the Blackfeet Tribe of Montana and Métis.

The solstice is a regular and predictable astronomical event that occurs each year near December or June 21st. It marks the moment when the sun appears farthest away from the earth’s northern hemisphere and closest to the southern hemisphere, or vice versa. And it appears that the “sun stands still,” thus its Latin meaning.

The solstice is not just a celestial event, it also marks the changing of seasons, from fall to winter, or spring to summer.

I am interested in learning how Indigenous people understood the natural world, especially their relationship with plants. Plants were part of their everyday lives, from food and medicine, to materials used for clothing or building homes. Indigenous people had to understand the lives of plants, whether they were agricultural, pastoral, or hunter/gatherers. They did this, in part, by knowing astronomy.

Scholars theorize that Indigenous people probably held religious rituals to celebrate the solstice, such as the Indigenous peoples of Cahokia, an ancient city that existed from 600 to 1350 CE near present day St. Louis. They erected wooden posts arranged in a large circle that is now called “Woodhenge.” This ceremonial structure aligned with celestial events including the solstice.

Whether it was ritualized or not, the solstice played an important role in the lives of Indigenous people and their understanding of the natural world.