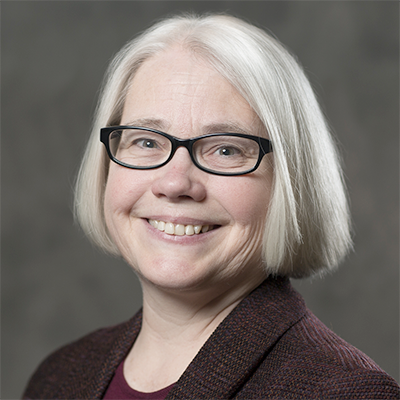 On Rensselaer Polytechnic Institute Week:  Is politics in the way of saving the lives of people who overdose?

Nancy D. Campbell, professor the department of science and technology studies, discusses why naloxone-for-all is a tough sell.

Professor Nancy Campbell is the Department Head in the Department of Science and Technology Studies. She is a historian of science, technology, and medicine who focuses on legal and illegal drugs, drug science, policy, and treatment, harm reduction, and gender and addiction. Her most recent book is OD: Naloxone and the Politics of Overdose (MIT Press, 2020).

Campbell also studies the ethics of human subjects research; social movements; and the fruitful convergence between neuroscience and addiction research. She has published two books on gender: Gendering Addiction: The Politics of Drug Treatment in a Neurochemical World with Elizabeth Ettorre (Palgrave, 2011) and her first book, Using Women: Gender, Drug Policy, and Social Justice (Routledge, 2000), which was about how drug-using women figured in drug policy discourse from the 1910s to the 1990s.

Campbell and co-authors JP Olsen and Luke Walden published a visual history of the federal drug treatment hospital in Lexington, Kentucky, titled The Narcotic Farm: The Rise and Fall of America’s First Prison for Drug Addicts (Harry N. Abrams, Inc., 2008). Campbell also appeared in Olsen and Walden’s 2007 documentary, The Narcotic Farm, and she often speaks on radio shows about the relevance of this project to current drug treatment.

Campbell’s scholarly book on the history of the formative science conducted by the laboratory at The Narcotic Farm, which was called the Addiction Research Center and is now the intramural research program of the National Institute on Drug Abuse, is titled Discovering Addiction: The Science and Politics of Substance Abuse Research (University of Michigan Press, 2007).

Overdose was once a quiet and ugly death awaiting the marginalized in dark alleys. Today, it has become culturally central.

Overdose prevention has become the unlikely object of a social movement, powered by a miracle drug that helped shift law, policy, medicine, and science towards harm reduction.

Naloxone makes resuscitation possible by restoring breathing in an overdose event. Yet activists had to work hard to liberate naloxone from emergency rooms and ORs, in order to distribute it in take-home kits to ordinary people.

Naloxone works. It saves lives. But, it is an artifact with politics.

We cannot pretend that naloxone-for-all is not contentious for some. Naloxone embodies the moral stance of harm reduction which some think is ambiguous.

As overdose has moved from margins to mainstream, naloxone beckons toward lives unnecessarily lost, preventable deaths not prevented.

Nobody should die of overdose. A high overdose death rate signals that we have not cared for the people who have been hurt most by the war on drugs, first pursued by President Dwight D. Eisenhower in 1954. An antidote cannot heal—but it can give us a bit of breathing room, another chance to get it together, another way to repair relationships with the people who have been most harmed by what has become a war on drug users.

Naloxone is available to be on hand in every first-aid kit and medicine cabinet. Is it in yours?