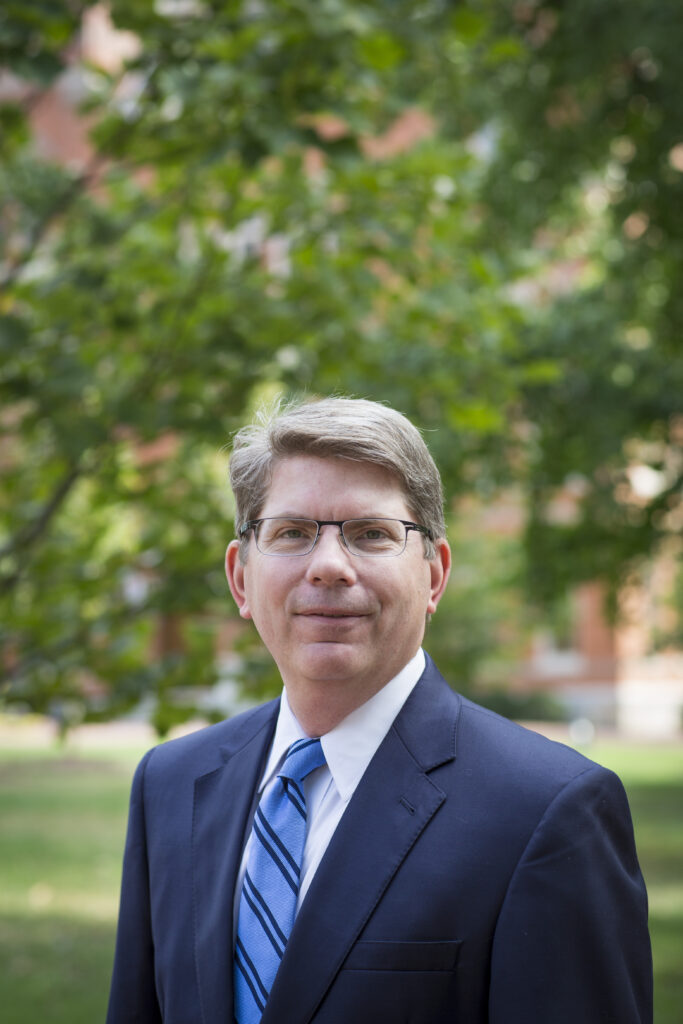 Today on The Academic Minute: Douglas A. Hicks, professor of religion, examines how politicians use these symbols to convey their own messages.

Douglas Hicks, noted academic leader, teacher, and author, joined Oxford College as dean in July 2016.  From his undergraduate days and throughout his career, Hicks has embraced residential liberal-arts education. He says, “I am delighted to be a part of the Oxford College community, with its strong sense of place and educational mission. I was drawn to Oxford because it offers a unique and firm foundation in the liberal arts. Through an intensive two-year experience, Oxford fosters students’ critical thinking and intellectual curiosity, preparing them to flourish in the rest of their time at Emory and their lives beyond.”

Prior to coming to Oxford, Hicks was a professor and senior administrator at Colgate University.  He served Colgate as provost and dean of the faculty, leading its four academic divisions and its university libraries, information technology, athletics, museums, international initiatives, and the office of equity and diversity.  He was a principal architect of Living the Liberal Arts, Colgate’s strategic plan, and he led the implementation of its academic priorities, including innovations in technology, classroom teaching, and civic engagement as well as the launch of the Center for International Programs.

From 1998 to 2012 Hicks was professor of leadership studies and religion at the University of Richmond’s Jepson School of Leadership Studies.  He was the founding director of the university’s Bonner Center for Civic Engagement, whose mission is to promote community-based learning, civic partnerships, and applied research on public issues.  In 2012 the State Council of Higher Education of Virginia awarded him its Outstanding Faculty Award, the commonwealth’s highest honor for faculty members in higher education, given in recognition of superior accomplishment in teaching, research, and public service.

Hicks’s scholarship focuses on leadership, religion in politics and the workplace, and the ethical dimensions of economic issues, and he is a frequent commentator in the media on these and other topics.  He is the author of four books: Money Enough (Jossey-Bass, 2010); With God on All Sides (Oxford University Press, 2009); Religion and the Workplace (Cambridge University Press, 2003); and Inequality and Christian Ethics (Cambridge University Press, 2000). In addition, he edited, with Thad Williamson, Leadership and Global Justice (Palgrave Macmillan, 2012) and with Mark Valeri, Global Neighbors (Eerdmans, 2008). He is co-editor of the three-volume International Library of Leadership (Edward Elgar, 2004) and the author of numerous articles in peer-reviewed journals.

An ordained minister in the Presbyterian Church (USA), Hicks has held visiting faculty positions at Union Presbyterian Seminary in Richmond and at the Harvard Divinity School. He is a former president of the Academy of Religious Leadership and former chair of the Religion and Social Sciences section of the American Academy of Religion.

The American flag.  The Confederate flag.  Statues.  The Bible.  The Edmund Pettus Bridge.  These are powerful symbols, and Americans interpret them in different ways.  Loyalty and pride, or exclusion and hate?  The same object might say justice to me and oppression to you.

My scholarship examines how political leaders invoke religious imagery—and for what ends.

Leaders use symbols to communicate their vision of society—and to claim authority.  When the president recently raised a Bible before a church for a photo op, he seemed to suggest his cause was righteous.  Clergy and scholars decried that he was profaning a sacred book to quell peaceful protests.

Tearing down statues is a ritual act of declaring a new social order.  Look at Monument Avenue in Richmond, Virginia.  Kneeling before a flag can be an act of reverence and it is also a rejection of injustice.  Note the actions of NBA and NFL athletes as the national anthem plays.  Marching across a bridge enacts a sacred pilgrimage toward a beloved community. The Edmund Pettus Bridge in Selma, Alabama is now a sacred site of the Civil Rights movement.

Rarely do political figures cite the religious meanings of their images.  They don’t have to.  A symbol’s power to move us can transcend explanation.

Studying religion in public life can help us sort out what type of society we will build.  My research contrasts those leaders who invoke faith to fuel anger and division from those who invoke it for justice and community.  Symbols are powerful because, more often than not, they evoke the sacred for some cause.  Religious studies can help us make sense of, and to shape, our politics.