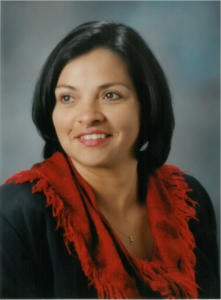 A major figure in Latina history has gone unnoticed.

Until recently, few ever heard of Adela Sloss-Vento, one of the most important Latinas in the 20th century. Living along the US/Mexico border of the Rio Grande Valley in South Texas, this major activist lived from 1901 to 1998, a time when Jim Crow, patriarchal politics, and Mexican American civil rights machismo reigned. She was born poor but saw the richness and value of the Mexican-descent community which suffered racial segregation, little representation in the Texas legislature, and low wages in agribusiness. Sloss-Vento was an extraordinary woman who fought these ills for seven decades.

Sloss-Vento wrote letters and op-eds in both Spanish and English to South Texas newspapers. She wrote the presidents of the United States and Mexico offering them unsolicited advice. She wrote Congressmen, state legislators, and local officials.

She also penned a book on Alonso Perales, the major founder of LULAC, the oldest Latino civil rights organization.

Sloss-Vento had a high school degree and used her intelligence to promote women’s right to participate in politics and work outside the home as she did as a jail matron. She penned an essay titled “Why There is No Happiness in Latino Homes.” Though she worked, was married, and had two children, she made time to fight injustices.