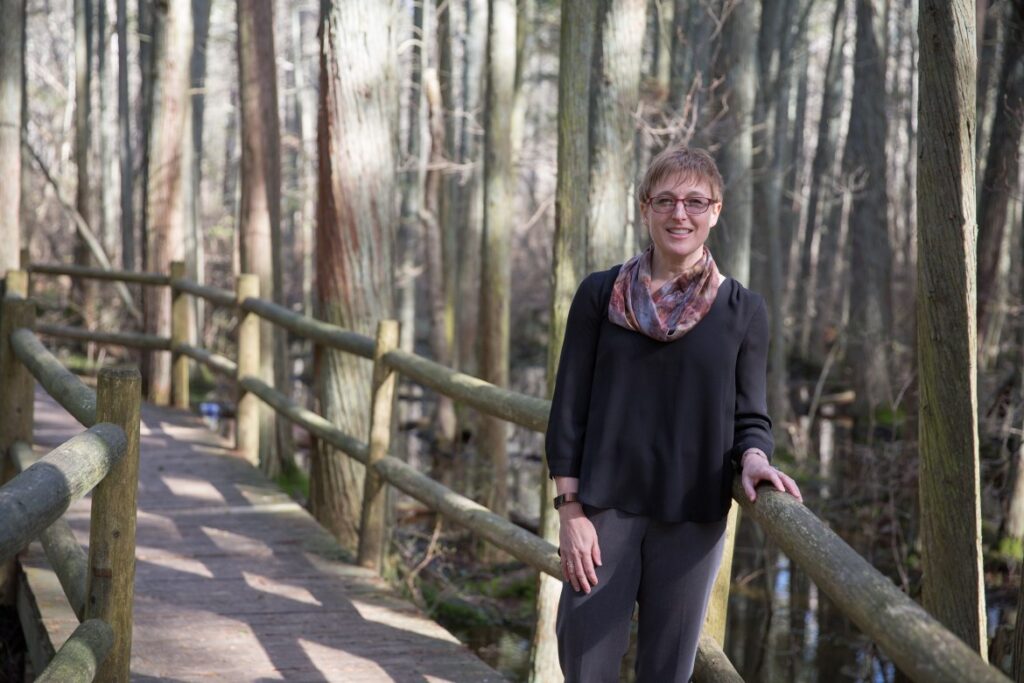 What is the American adrenaline narrative?

Kristin J. Jacobson, professor of American literature at Stockton University, explains this term and how it relates to nature.

Kristin J. Jacobson is a professor of American Literature, American Studies, and Women’s, Gender and Sexuality Studies at Stockton University in New Jersey. She completed her Ph.D. at Penn State, her M.A. at the University of Colorado-Boulder, and her B.A. at Carthage College in Kenosha, WI. Her book Neodomestic American Fiction (2010, Ohio State University Press) examines contemporary domestic novels. Her current book The American Adrenaline Narrative (2020, University of Georgia Press) identifies a new genre of travel and environmental literature. The project defines and then examine the genre’s significant tropes from an ecofeminist perspective. She was a Fulbright-Greece scholar at Aristotle University in Thessaloniki and a Fulbright Specialist at the International University of Kyrgyzstan in Bishkek. Jacobson currently serves as the Dual Degree Advisor for the Literature (B.A.) and American studies (M.A.) programs at Stockton University.

Contemporary America is fascinated and defined by extremes: of politics, weather, and sports. Such fascination is shaped by America’s defining myths of freedom, the pursuit of happiness, and a risky frontier. My research focuses on post-1970 extreme forms of this narrative—a genre I term the American adrenaline narrative.

The fifty years since the first Earth Day mark the rise in the popularly and marketing of all things extreme—including sports, makeovers, laundry detergent, and even the environmental movement itself. In addition to advertisements, films, essays, and social media content, contemporary American adrenaline narratives include bestsellers, such as Jon Krakauer’s Into Thin Air and Cheryl Strayed’s Wild, and lesser-known texts, such as Eddy L. Harris’s Mississippi Solo and Patricia C. McCairen’s Canyon Solitude. I argue these wildly popular stories take the racing pulse of America’s environmental imagination.