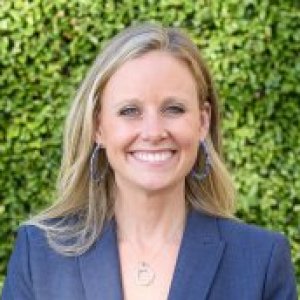 What were people thinking about stay at home orders during the COVID-19 pandemic?

Brianne Gilbert, senior lecturer in political science and urban and environmental sciences at Loyola Marymount University, called around to find out.

Brianne Gilbert is the associate director for the Center for the Study of Los Angeles, where she has led numerous studies involving voter polls, public opinion research, and leaders/elite surveys. She is a principal investigator on many of Los Angeles’ largest survey research projects, notably the annual Los Angeles Public Opinion Survey of LA residents and the LA Votes Election Study of LA voters. She also is a senior lecturer at LMU in the departments of political science and urban and environmental studies, teaching courses on political internships, GIS, and geospatial research. Brianne also has served as a consultant in the fields of sociology, anthropology, GIS (geographic information systems), methodology, and public opinion research.

In March, the mayor of Los Angeles, Eric Garcetti, called on our research team to help his team understand what Angelenos were thinking about and how they were reacting to the COVID-19 pandemic. Over the next month, our team developed, tested, translated, and programmed a survey and queried 2,000 Angeleno adult residents by phone and online in both English and Spanish.

Right off the bat, we saw that nearly everyone in Los Angeles, 95% of the residents we surveyed, supported the Safer at Home order. In fact, the largest percent, 59%, said the government’s response had been just about right, and then another 30% thought the government could do even more.

We also found that Angelenos were listening to the orders, and they were responsive. Most respondents gave accurate answers to the most common symptoms as well as the ways one can protect themselves and others. For example, after the initial recommendation for wearing masks was given, the number of individuals who listed wearing a mask as a way to protect themselves and others increased significantly.

However, not all the data were positive. Unfortunately, nearly half of Angelenos said they or someone in their household had either been let go or had their hours cut at work. Respondents who were younger or who had lower household incomes to start with were the most impacted by these cuts. Lastly, nearly 1 out of 5 Angelenos did not have anyone they could depend on for care. A difficult situation like a pandemic can be much more difficult economically or personally without a safety net of those around you.

As we are hopeful about a timeline to reopen in the future, our team was honored to serve a key role in helping decision-makers develop data-informed policies to assist in these unprecedented times.