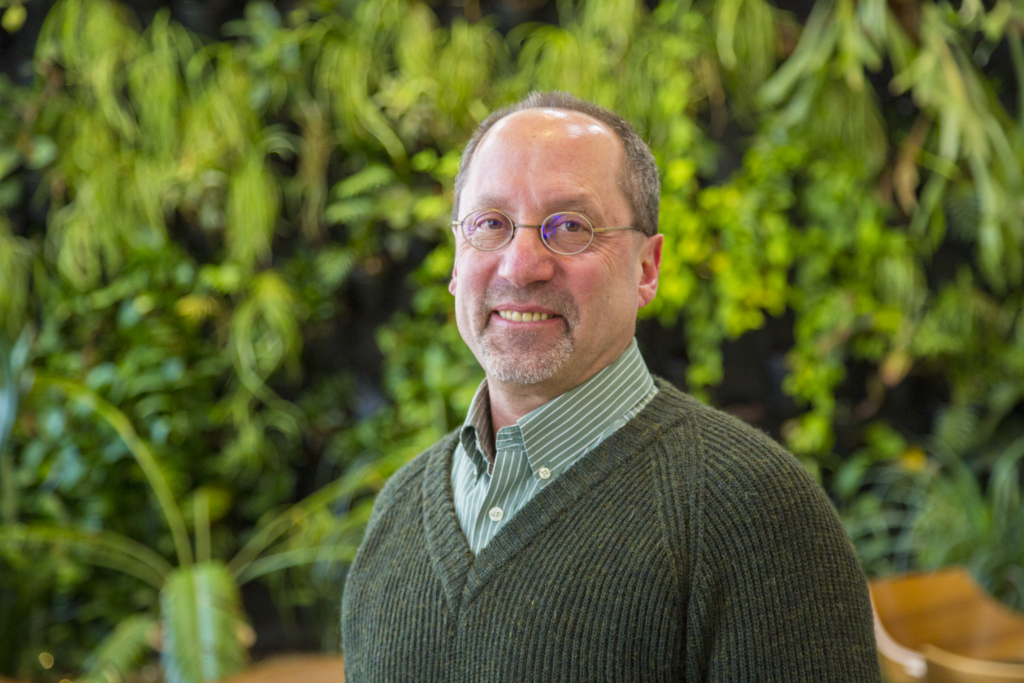 On Allegheny College Week:  We have lots to learn from sourdough bread.

Eric Pallant, professor of environmental science and sustainability, explains why.

Dr. Eric Pallant has been a professor of Environmental Science at Allegheny College in Meadville, Pennsylvania since 1987. He is also chair of the department of Environmental Science and Sustainability, #2 in the United States, with 250 students majoring in this subject. In 2018, Dr. Pallant received a Best Paper Award for “Preparing University Students to Facilitate UN Sustainable Development Goals.”

Pallant served as a prestigious Fulbright Scholar on two occasions. In 2017, he taught Global Consumption at Lancaster University in England and researched the impacts of the Industrial Revolution on food production. In 2001, he taught sustainable development techniques to graduate and undergraduate students from around the Middle East in Ketura, Israel. He earned his Ph.D. from Cornell University in Soil Science.

He is the author of Sourdough Culture: The History and Science of Sourdough, forthcoming from Agate Publishing.

There is a lot to Learn From Sourdough Bread

Every day, half of all Americans eat a sandwich, consuming 325 million slices of bread. The majority of what we eat is pale, white bread, mass-produced by incomprehensibly large machines, and leavened in what factory managers call the “no-time dough system.” To turn flour and water into a finished loaf in just a couple of hours, food scientists add dough conditioners, elasticisers, thick fats, surfactants, anti-microbial preservatives, emulsifiers, oxidizing agents, and sugars. A typical loaf of supermarket bread, white as snow, soft as a marshmallow, and smelling vaguely of chemicals, typically contains at least 20 and often more than 30 ingredients.

For 6,000 years — since breads were first baked in the Fertile Crescent until the end of the 19th century — the staff of life was made by hand from only four ingredients: flour, water, salt, and a sourdough culture of wild yeast and bacteria. Workers who built the Egyptian pyramids received the bulk of their calories from sourdough bread. Ancient Rome imported wheat from across its vast empire to turn into loaves it distributed to Roman citizens. Survival through the Middle Ages depended upon preparation of sourdough loaves baked in communal ovens.

Even the very thought, and certainly the aroma, of the crisp crust and chewy interior of a freshly baked sourdough bread will cause most humans to salivate in anticipation. Very few slices taken from a colorful plastic bag invoke the same response. In contrast to the wild species of yeast and bacteria that slowly leaven a sourdough loaf, commercial yeast inflates bread with speed, efficiency, and profit, but without much taste.

Making sourdough bread in your own kitchen — something I teach students to do every year — is one small way to reclaim our historical connection to a food that has sustained us for millennia. And then eat something incredibly delicious.