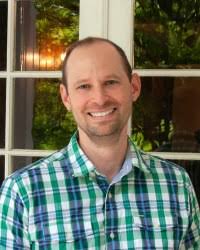 Public hospitals used to be a safety net for health care.

Simon F. Haeder is an assistant professor of public policy. Prior to joining the Penn State School of Public Policy, he was an assistant professor in the Department of Political Science in the John D. Rockefeller IV School of Policy & Politics at West Virginia University. His teaching and research interests include the public policymaking process, regulatory politics, lobbying, and interest group politics, and healthcare policy.

Haeder is also a fellow in the Interdisciplinary Research Leaders Program, a national leadership development program supported by the Robert Wood Johnson Foundation to equip teams of researchers and community partners in applying research to solve real community problems.

Haeder is currently working on several health policy projects focusing on provider networks, the implementation of the Affordable Care Act, the role of expertise in the policymaking process, the opioid epidemic, high-risk insurance pools, as well as several projects investigating regulatory politics at the president’s Office of Management and Budget and the Department of the Interior.

A frequent contributor to The Conversation, the Charleston-Gazette Mail, and the Register-Herald, Haeder’s articles have been widely distributed by Newsweek, Fortune, RealClearHealth, Salon, truthout, Raw Story, Huffington Post, Business Insider, the Chicago Tribune, USA Today, the Los Angeles Times, and the Associated Press.

Public Hospitals and the Development of the U.S. Healthcare System

The role of government in the U.S. health care system has been contentious long before the recent emergence of Medicare-For-All proposals. Nonetheless, the U.S. could have potentially ended up with a British style, government-run health care system.  But the country went a different route. What happened?

My recent research seeks to answer this question by looking at the interaction between public insurance programs and hospitals run by local governments. Focusing on California, I show that governments have always been extensively involved in health care. Indeed, the involvement steadily grew until the 1960s.

Yet in 1965, a dramatic shift occurred: the enactment of Medicaid and Medicare. In a story of unintended consequences, the programs largely shifted the responsibility for the needy and sick to state and federal governments.

The results have been in stunning.  While California’s network of county hospitals reached new universal proportions in the early 1960s, all but the most well-resourced local governments in turn began closing their hospitals.

Moreover, public hospitals have served as a backstop for the poorest members of society.  Indeed, eligibility restrictions on programs like Medicaid, in many states, virtually excluded all adults no matter how poor, let alone immigrants.

Advocates for any large-scale health reform effort should thus be mindful of the eventual unintended side-effects.