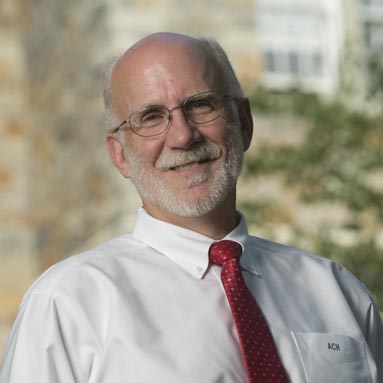 On Worcester Polytechnic Institute Week: Is higher education worth the cost?

Art Heinricher, professor of mathematical sciences, explains changing how students learn could change the answer of the majority.

Arthur Heinricher is the Dean of Undergraduate Studies and a Professor of Mathematical Sciences. As dean, he is responsible for ensuring the quality and effectiveness of all aspects of the undergraduate experience at WPI, providing leadership and working with the faculty to implement new undergraduate curricular and structural changes. Together with the Dean of Students, he works to ensure an appropriate balance and synergy between academics and student life. In 2012, Heinricher led the university’s self-study working with faculty and administration to facilitate the external review for institutional accreditation by the New England Association of Schools and Colleges.

Joining WPI in 1992 as a faculty member in Mathematical Sciences, his teaching has focused on first and second year students; he has also been very active in advising students’ interdisciplinary and major project work (IQPs and MQPs). In 1996, he was awarded the Harold J. Gay Professorship in Mathematics, which recognizes younger faculty members who have demonstrated potential for achievement in mathematics research. He served as director of the university’s Center for Industrial Mathematics and Statistics and, from 1998 to 2006, he co-directed WPI’s REU (Research Experiences for Undergraduates) program in industrial mathematics and statistics. Supported by grants from the National Science Foundation (NSF), the REU program brings college math students from across the nation to WPI each summer to work on mathematics research projects for business and industry. In 2012, the WPI REU Program was renewed for its sixth consecutive three-year run by the NSF.

Innovation in learning and teaching has been a significant focus for Heinricher throughout his tenure at WPI. In 1997, he was co-principal investigator for a grant from the NSF that supported the development of bridge projects that introduced first-year students to project work and helped them better integrate the content of their introductory math and science courses. Heinricher also served as the university’s first associate dean for the first-year experience. In that capacity, he was instrumental in the development and implementation of the Great Problems Seminars, which introduce university-level research and project work and focus WPI students on themes of current global importance, including food, energy, infectious diseases, and materials science and sustainability. He was also involved in the development and implementation of Project-based Learning Communities and the award-winning Insight advising program, which are now cornerstones of the first-year program.

He has also been involved in a number of programs aimed at enhancing pre-college mathematics education, including the Mathematics in Industry Institutes for Teachers and the Focus on Mathematics Partnership with five Boston-area school districts. He served as a content expert for a Department of Education project reviewing the Common Core State Standards in Mathematics. For the American Diploma Project, Heinricher developed industrial mathematics projects to help illustrate the applications for mathematical standards used in high school across the country.

Many colleges and universities have been working to meet that challenge.  One successful approach is project-based learning.  When we shift the focus from what faculty cover in lectures to what students can actually do with what they are learning, we make learning deep and real and connected to purpose.

One recent study looked at the impacts of 40 years of project-based learning.   A survey of 10,000 alumni who had significant experience in project based learning as students provided some fascinating, and surprising, insights into the impact that project work had on their education, on their careers, and on their personal growth.

Almost 90% of alumni said that project-based learning helped them take responsibility for their learning. It helped them own their learning, develop their own ideas, and find creative ways to solve problems that matter.

Almost 90% of alumni said that project work also built confidence, both in themselves and their ability to work creatively, both individually and in teams.  They learned to manage projects, lead effectively, write and speak clearly, and interact professionally.

One result was perhaps surprising:  almost 90% of the alumni reported that project work helped them develop a stronger personal character.  This is not an outcome that colleges and universities would dare to set as a goal for traditional academic programs, but it is an outcome that graduates recognize from project-based learning.

Project based learning is not just a pedagogical approach, not only a way to teach better.  It is a fundamental survival skill for the future that our graduates will build and live in.