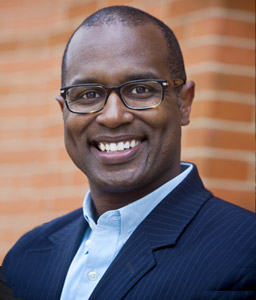 On Oxford College of Emory University Week: What makes someone seek a risky lifestyle?

Kenneth Carter, professor of psychology, explores the thinking behind the risk.

Dr. Ken Carter is Charles Howard Candler Professor of Psychology at Oxford College of Emory University, where he teaches introductory courses in psychology as well as advanced courses in clinical psychopharmacology, research methods, and personality.

Before joining the Oxford College faculty in 1994, Carter served as a senior assistant research scientist in the Centers for Disease Control and Prevention’s prestigious Epidemic Intelligence Service, with a research focus on smoking as a risk marker for suicidal behaviors in adolescents.

Carter has published extensively in both academic and lay publications, actively engaging in the translation of research in psychology into everyday language. His articles have been published in magazines such as mental_floss, and has appeared on news programs such as Connect With Kids and NBC’s Today show

He is the co-author of Learn Psychology (Jones and Bartlett), a textbook now in its second edition, and he is currently at work on an introductory psychology textbook for SAGE publications as well as a psychopathology textbook for Cambridge University Press. He is the designer and instructor of a course on the psychology of thrill-seeking now offered by Emory University and Coursera as a MOOC (massive online open course). Canadian museum Science North has launched an exhibit on sensation-seeking that was informed by Carter’s work that is currently traveling in North America.  His most recent book is Buzz!: Inside the Minds of Thrill-Seekers, Daredevils, and Adrenaline Junkies (Cambridge University Press).

A graduate of Oxford College and Emory University, Carter received an MA and PhD in psychology from the University of Michigan. After completion of his doctoral work he also earned an MS in psychopharmacology from Fairleigh Dickinson University and gained board certification as a clinical psychologist.

They base-jump, climb buildings, drive race cars, and chase tornadoes. They’re thrill-seekers, adrenaline junkies, and people looking for a buzz. In psychological circles this trait is known as a high sensation-seeking personality.

If you aren’t a thrill-seeker, it’s likely that these kinds of actions appear foolhardy. It’s one of the reasons why I’ve spent so much time researching and interviewing thrill-seekers all around the world.

To some extent, we all crave new experiences and sensations—but, what sets high sensation seeking personalities apart is that they crave exotic and intense experiences despite obvious risks. Sensation-seeking is driven by experience and biology, involving a genetic component as well as several hormones and neurotransmitters.

Robert Zuckerman describes sensation-seeking as having four components. Each of which contributes to an individual’s unique way of seeking or avoiding sensations.

The first is called thrill and adventure-seeking, a trait linked with physical activities that are exciting and risky. Next there’s experience-seeking, which is sensation seeking of the mind of the senses. Third is disinhibition, which has to do with our willingness to be spontaneous. And finally, boredom susceptibility, your ability to tolerate the absence of external stimuli.

Sensation seeking isn’t what a person does, it’s who they are.