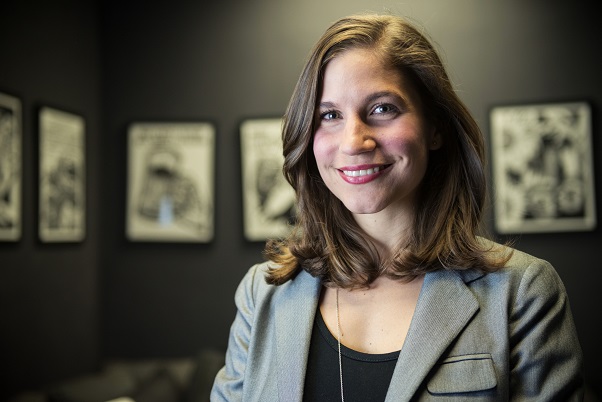 On Franklin & Marshall Week:  Does your environment change your emotional reactions?

Professor Batres received a master’s in science in evolutionary and comparative psychology and a PhD. in psychology from St Andrews in 2012 and 2016, respectively. She earned her bachelor of science degree in psychology and economics at Wellesley College in 2009. Batres heads The Preference Lab at Franklin & Marshall College, where she examines the information that faces convey. “It only takes milliseconds for our brains to process someone’s face and unconsciously, we use facial cues to make a myriad of social judgments, ranging from how dominant someone is to how attractive we find them,” she says.

Disgust is believed to be a basic human emotion, which evolved to aid human survival, with pathogen disgust deterring possible sources of infection. Anecdotal evidence suggests that in times of need, disgust can be temporarily suspended to fulfil more immediate goals, yet no study has investigated whether changes in the harshness of the environment can elicit changes in disgust sensitivity. In our study, we examined whether disgust sensitivity temporarily changes with the environment.

To answer this question, we tested university students whose environment was not changing and university student cadets undergoing an intensive ten-day training at an army camp. All participants completed the study three separate times with time intervals of three days between each testing session. Session 1 was conducted on the first day of the camp before the training commenced and sessions 2 and 3 were conducted during the training.

We presented participants with questions intended to measure perceived changes in the environment as well as with pathogen disgust questions. We found no difference in the environment questions in the student group over time. However, the cadet group, reported higher levels of stress, physical strain, mental pressure, pain, being more out of their comfort zone, and being shouted at more. For the pathogen disgust questions, the mean scores went largely unchanged for the student group but they changed significantly in the cadet group. More specifically, pathogen disgust sensitivity decreased from the start of the training camp and remained constant at the lower level throughout the training camp.

Our results suggest there may be an association between pathogen sensitivity levels and perceived environmental harshness. Decreasing pathogen disgust in a harsher environment would increase survival, allowing individuals to consume what’s available when resources are scarce. Our study provides a meaningful first step in understanding the malleability of disgust sensitivity and its relationship with environmental harshness.